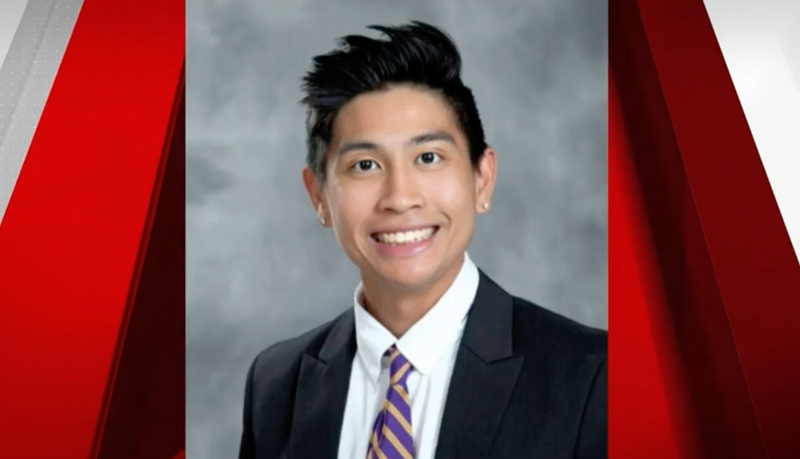 Las Vegas, NV (AP) - The head of Nevada’s boxing regulatory agency said Tuesday that a fraternity charity boxing match that left a University of Nevada, Las Vegas student dead of head injuries was not licensed by the Nevada Athletic Commission, but will be investigated.

Commission Chairman Stephen Cloobeck noted the death of Nathan Tyler Valencia four days after the bout was ruled a homicide, and said he believed police should be involved.

“Although Mr. Valencia’s death is tragic, the circumstances surrounding his death are not criminal and no charges will be filed,” the department said in a statement.

Clark County District Attorney Steve Wolfson, the elected official with jurisdiction to bring charges, did not immediately respond to messages from The Associated Press.

“We will hold those responsible for Nathan’s death accountable and ensure that this never happens to another son, daughter, or member of this community,” they said.

Zimmer and Lasso said witnesses told them there were no paramedics or medical personnel at the event and that participants in past years were knocked unconscious and “required hospital attention.”

The attorneys said it was not clear if the unidentified man who served as referee of Valencia’s fight had professional training, and alleged that he was recorded on video drinking before the fights.

“It is unacceptable that the individual in charge of enforcing the rules of combat with the authority to stop a fight would be impaired,” the attorneys said.

Cloobeck said the event, which is recognized by UNLV and has raised charity funds for years, was not licensed by the state.

The Athletic Commission, as regulator of what state law calls “contests and exhibitions of unarmed combat,” would have overseen promoting, permitting, weigh-ins, referee requirements and insurance. Medical care would have been required on-site.

Las Vegas police said Monday that investigators found “no information that there is any criminality on the part of the venue” and referred questions to the Athletic Commission.

“To be clear,” Cloobeck said Tuesday, “the Nevada State Athletic Commission had no jurisdiction for this event or any past events that relate to this. That doesn’t mean, after our investigation, that we may have jurisdiction going forward.”

Cloobeck said he believes UNLV, the university president, the state Board of Regents, “all have some explaining to do” and that investigators should look at why paramedics or medical personnel were not ringside.

UNLV President Keith Whitfield said in a statement Friday that the campus mourned Valencia’s death and administrators planned a review to “determine how off-campus events like these can be as safe as possible.”