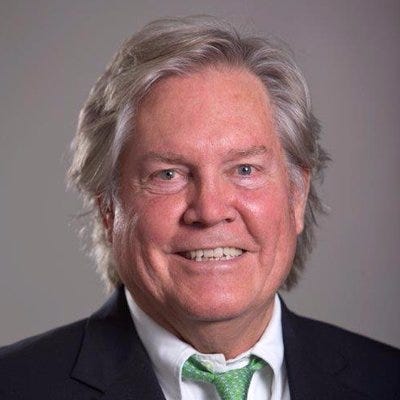 “The scary thing, it was dark and I couldn’t really see what was going on out there,” Clark County Commissioner Tick Segerblom told the Las Vegas Review-Journal.

Segerblom said Monday that about 20 protesters stayed about two hours outside his home on Sunday, holding flags, honking and speaking into bullhorns. He said one repeated chant was, “No mask, no vax.”

In photos provided by Cavazos, people can be seen carrying American flags, a yellow “Don’t tread on me” flag and a banner reading “Let’s go, Brandon” — a term that has become code for a vulgar insult against President Joe Biden. Another man is draped in what appears to be a Confederate flag.

She said her home security camera recorded a woman ringing the doorbell and a man near the edge of her driveway.

Cavazos told the Review-Journal she received death threats and “nasty messages” after school trustees voted in September to require employees to get COVID-19 vaccinations.

“But it’s a type of speech that implies menace, at a moment when overt threats are now routine in public comment at official meetings,” Kagan wrote. “A dangerous, if legal, turn.”

Nevada law defines harassment as subjecting another person to threats, physical confinement or restraint “intended to substantially harm the person threatened or any other person with respect to his or her physical or mental health or safety.”