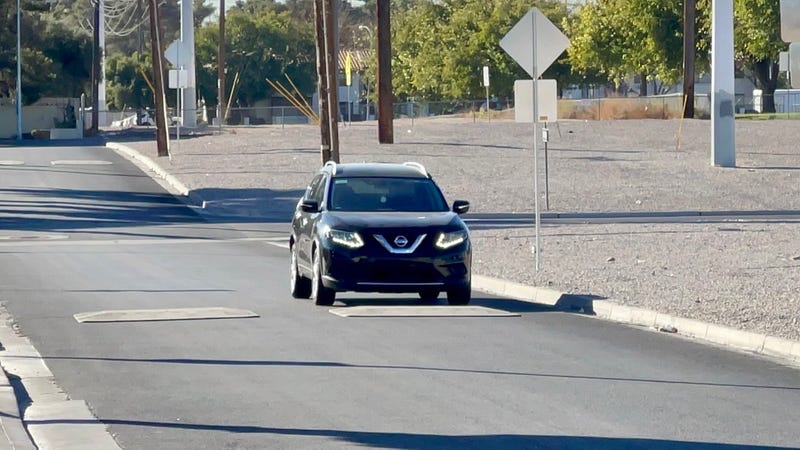 The speed cushions are similar to speed bumps but are generally narrower and longer.

“These new speed cushions are intended to slow down traffic in this heavily residential area, and make the road safer for pedestrians, bicyclists and everyone who uses this road,” Commissioner Segerblom said.

A new #Traffic pilot project is now underway in Las #Vegas. 12 pairs of speed cushions designed to slow down traffic in heavy residential areas are now in place. Speed cushions are longer and narrower than speed bumps which are generally not used in unincorporated #ClarkCounty. pic.twitter.com/CzvgeHQKfI

During the past two weeks, 12 pairs of speed cushions have been installed along Spencer Street between Twain Avenue and Seneca Drive/Nahatan Way. This part of the County is within Commission District E, which is represented by Commissioner Segerblom.

The speed cushions installation along Spencer is a pilot project for the County to see what the actual impacts are to traffic and the neighborhood. The speed cushions are attached to the road in a manner that makes it easier to remove them, if the necessary.