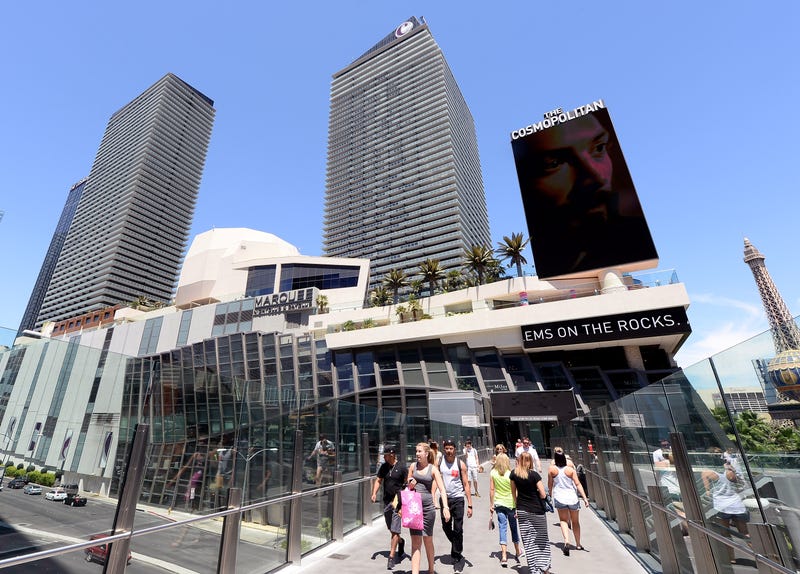 Las Vegas, NV (AP) - Joyous bedlam erupted Wednesday at an employee appreciation and awards buffet at The Cosmopolitan of Las Vegas when the resort chief executive announced that all 5,400 people who work there will receive a $5,000 bonus.

“It’s amazing!” said Edgar Rives, a cook for nine years in the employee cafeteria, after a round of high-five hand slaps and hugs with dancing co-workers at The Chelsea theater at the Las Vegas Strip property. “It’s a big surprise.”

The 55-year-old El Salvador immigrant and U.S. citizen said he’ll leave it to his wife to decide how to spend the money.

Perhaps half of the resort’s workers attended the noontime midweek event, where executives from Blackstone Real Estate Americas and the Cosmopolitan, including resort President and CEO Bill McBeath, credited them with maintaining “a youthful, exuberant brand” while working through the coronavirus pandemic.

“It’s you, every single day, that makes a difference,” said Daniel Espino, Cosmopolitan chief people officer. “Whether you clean the rooms, cook the food, are dealing cards, serving drinks, at the front desk.”

McBeath noted the resort had donated more than $9 million to charities during the last seven years, and he awarded vacation trips to San Diego and Hawaii to two company employees: Staci Stafford, a housekeeping worker trainer, and Samira Harbali, a server at the resort.