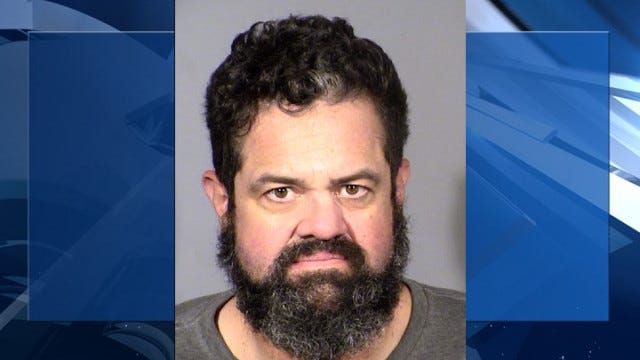 Las Vegas, NV (KXNT) - An Arizona box truck driver who plowed into bicyclists on U.S. 95 south of Searchlight last December, killing five and injuring four, was sentenced Wednesday to a minimum of 16 years in state prison for driving under the influence of methamphetamine causing death.

His attorney, Damian Sheets, said Barson did not intend to cause harm.

“Knowing I caused the deaths of five people and severely hurt two others is unbearable most of the time,” Barson told the court. “I want you to know that I’m so truly sorry for what I’ve done. I know you will carry this pain forever, and it breaks my heart that I caused this.”

Clark County District Court Judge Bita Yeager on Wednesday acknowledged Barson’s remorse but stuck with the sentence agreed upon when he pleaded guilty in April to two counts of driving under the influence resulting in death.

“You had no business driving,” Yeager told him.

The judge paused, near tears, spoke the names of the five bicyclists and cited the effect of their deaths had on “mothers, fathers, siblings, spouses, children, nieces, nephews and grandchildren.”

“Their lives are forever affected because of your poor choice,” she said.

The judge also ordered Barson to pay nearly $60,000 in restitution to victims.

Barson’s plea deal avoided trial on 14 felony charges that could have kept him behind bars for the rest of his life if he was convicted.

Prosecutors said blood tests showed he had nine times the amount of methamphetamine in his system that would indicate impairment.

The flat-faced truck plowed into bicyclists trailing a Subaru Outback support vehicle shielding them from a headwind as a group of about 20 cyclists made an annual 130-mile ride.