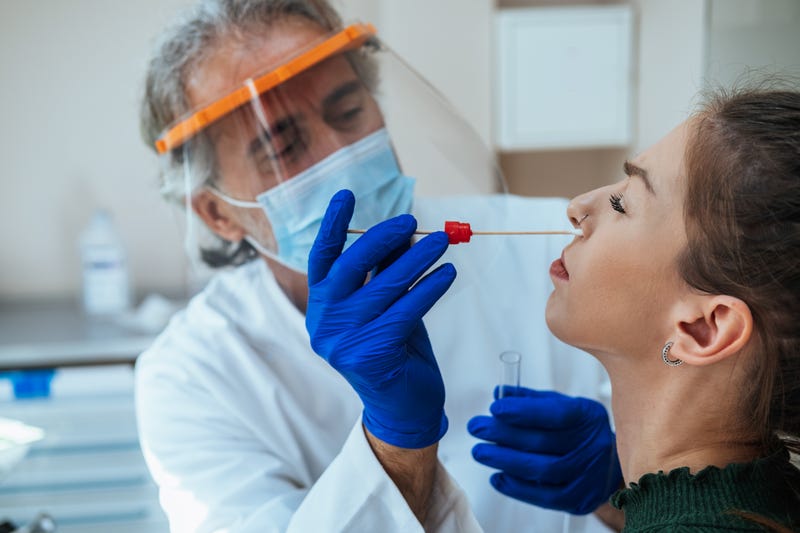 Las Vegas, NV (AP) - Staffing levels at Las Vegas-area hospitals remain in the worst “crisis” category for the second week in a row as Nevada’s COVID-19 positivity test rate soars to new heights and schools scramble to respond to the state’s worst coronavirus surge to date.

Nearly 1 in 3 people taking COVID-19 tests outside the home are testing positive as the apparently less-severe but more-contagious omicron variant fuels the virus that’s spreading faster than ever, health officials said Wednesday.

“There is no indication that hospitalizations have peaked and increases in COVID-19 hospital demand are anticipated for the next several weeks,” it said in its weekly update.

Northern Nevada, which historically has lagged behind the south by about two weeks. continues to see modest increases in COVID-19 hospitalizations, rising more than 70% over the past two weeks — from 50 on Dec. 28 to 86 on Monday.

The hospital association said there is anecdotal evidence that people are experiencing COVID-19 reinfection in less than four months, including some vaccinated individuals.

“This reinfection rate may contribute to a prolonged hospital staffing challenge if this becomes the omicron norm,” it said.

Schools in Clark County announced a five day “pause” beginning Friday with no classes for students the day before and after the three-day Martin Luther King Jr. holiday weekend.

The shortage of testing availability combined with the large number of people taking home tests in recent weeks makes it difficult to estimate true test rates beyond those at sites run by local health districts or other providers such as pharmacies who report statistics to the state.

The highest positivity rate recorded statewide during the previous peak surge was 20.4% on Jan. 13, 2021.