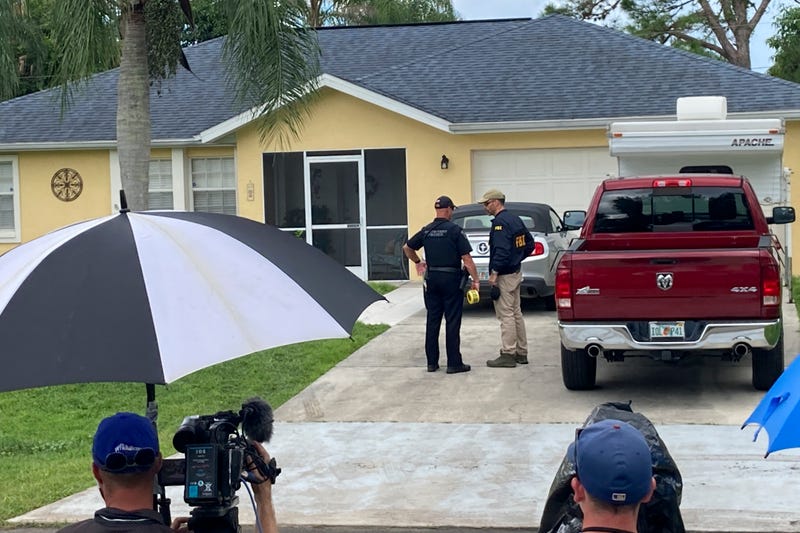 NORTH PORT, Fla. (AP) — Gabby Petito was killed by another person, a coroner concluded while also confirming that the human remains found recently at a Wyoming national park were those of the 22-year-old woman who disappeared months after she set out on a cross-country road trip with her boyfriend, the FBI said Tuesday.

Teton County Coroner Brent Blue determined Petito was a homicide victim, but did not disclose a cause of death pending final autopsy results, officials said. Her body was found Sunday near an undeveloped camping area in remote northern Wyoming along the border of Grand Teton National Park.

Meanwhile, authorities continued to search a swampy Florida preserve area near the home of Petito's boyfriend. Police in North Port, Florida, said investigators returned Tuesday to the Carlton Reserve to look for Brian Laundrie, 23. Nothing of note was found, and the search was expected to continue Wednesday. Investigators began searching the 24,000-acre (9,700-hectare) Florida nature preserve over the weekend, focusing on the area after Laundrie’s parents told police he may have gone there.

Authorities are using helicopters, drones, dogs and officers in all-terrain vehicles in their search for Laundrie. About 75% of the search area is underwater.

Laundrie and Petito had been living with his parents at the North Port home before the road trip on which she died.

The young couple had set out in July in a converted van to visit national parks in the West. They got into a fight along the way, and Laundrie was alone when he returned in the van to his parents’ home Sept. 1, police said.

Laundrie has been named a person of interest in the case, but his whereabouts in recent days were unknown.

Petito’s father, Joseph, posted on social media an image of a broken heart above a picture of his daughter, with the message: “She touched the world.”

In an interview broadcast Monday on TV’s “Dr. Phil” show, Joseph Petito said Laundrie and his daughter had dated for 2 1/2 years, and Laundrie was “always respectful.” During the interview, which was recorded before his daughter’s body was found, Petito said the couple had taken a previous road trip to California in her car and there were no problems.

Joseph Petito said the family began worrying after several days without hearing from their daughter.