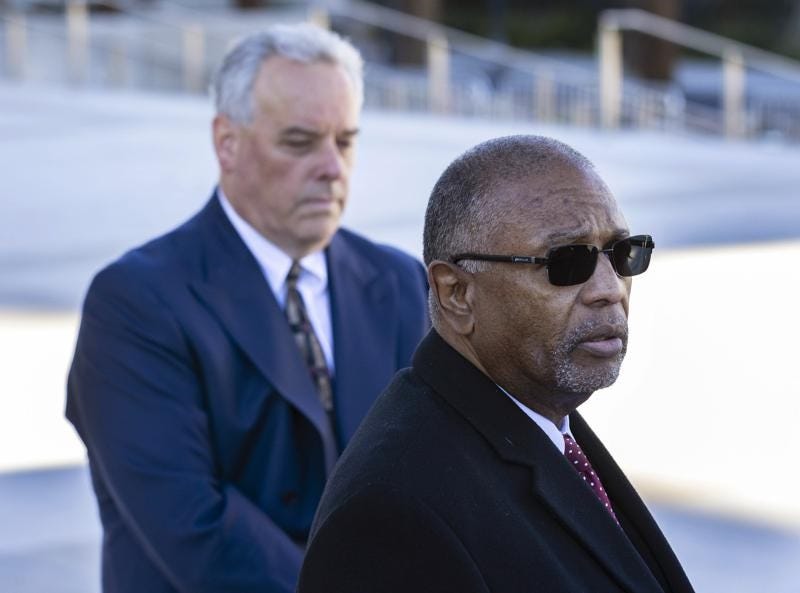 Las Vegas, NV (AP) - Nevada’s former state prisons director alleged Friday that before he was forced to resign more than a month ago, Governor Steve Sisolak wanted him to reshape accounts of a convicted bombmaker’s escape that went unreported for four days.

Sisolak’s top aide responded by accusing ex-state Department of Corrections chief Charles Daniels of attempting “a political shakedown for more than $1 million taxpayer dollars” with a threat of going public and filing costly and time-consuming litigation.

“The governor’s office and the state will not have this matter politicized,” Sisolak’s chief of staff, Yvanna Cancela, said in a three-page statement that said the governor and his office would have no additional comment. “To date, Daniels has not filed a legal claim,” it said.

Otherwise, the letter said, Daniels planned to file age and racial employment discrimination claims with the U.S. Equal Employment Opportunity Commission and a possible federal lawsuit. The letter identifies Daniels as “an African-American male executive within a protected age class who was forced to resign under duress.”

The letter from Marquiz quoted Sisolak’s praise for Daniels when he was hired in December 2019.

“Charles brings more than three decades of knowledge, management experience and perspective that will bring needed structure, accountability and reform,” Sisolak said at the time.

Daniels resigned Sept. 30. He stood Friday with Marquiz in front of a federal courthouse in Las Vegas and read prepared remarks that Daniels said were a response to “statements which have defamed me and eviscerated my distinguished and faithful career on both state and national levels.”

He called his rare appearance before the media “the first step in regaining my good name, honor and reputation.” He answered no questions, including an inquiry about the timing of his announcement.

Daniels described, in time-of-day detail, what he said happened after he and other top prison administrators were informed Sept. 27 that Porfirio Duarte-Herrera had escaped up to four days earlier, Sept. 23, from a medium-security facility outside Las Vegas. Duarte-Herrera was sentenced to life in prison for a fatal Las Vegas Strip casino parking structure bombing.

Sisolak posted a statement about the escape after 5 p.m. Sept. 27, noting that his office had been notified that morning.

“This kind of security lapse cannot be permitted and those responsible will be held responsible,” Sisolak said at the time.

A tip from a ticket clerk at a Las Vegas bus station late Sept. 28 led to Duarte-Herrera’s arrest by Las Vegas police as he stood in line to board a bus to Tijuana, Mexico.

Daniels did not say exactly when officials at Southern Nevada Correctional Center learned from another inmate of the escape. He said Duarte-Herrera had left a crude dummy under blankets on his bed.

“Gov. Sisolak publicly suggested ... there was a cover-up to hide that escape, that he was going to hold someone accountable,” Daniels said, “then publicly announced that he demanded that I resign or be fired.”

Elizabeth Ray, spokeswoman for Las Vegas Metro Police Sheriff Joe Lombardo, the Republican candidate for governor, noted in a statement Friday that “the public still hasn’t been made fully aware of the details surrounding the escape.”

Daniels said he refused instructions from a top legal aide to Sisolak to change a timeline about the escape “to make it consistent with the media’s facts.” He did not specify elements of what he called “a narrative that was knowingly false.”

Daniels said he filed a whistleblower complaint that state officials acknowledged receiving before telling him to resign or be fired.

“I was not offered protection and I resigned under duress,” he said.

The state inmate population has dropped from about 13,000 inmates when Daniels arrived to fewer than 10,000 today, with about 2,850 guards and administrators.

In her statement, Cancela said on Sisolak’s behalf that “for decades, Nevada’s corrections system has needed everything from infrastructure upgrades to more personnel.”

“This administration didn’t create the bulk of the problems,” she said, “but it will make a serious effort at correcting them.”