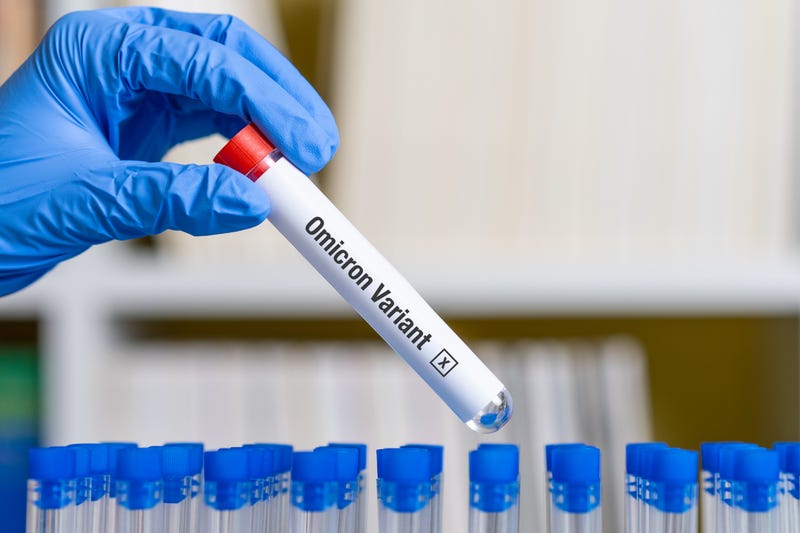 Reno, NV (AP) - Nevada health officials are bracing for the inevitable arrival of the omicron variant in the state after the first U.S. case was confirmed Wednesday in California.

No cases of the COVID-19 variant have been confirmed so far in Nevada, but Washoe County Health District Officer Kevin Dick said Wednesday he wouldn’t be surprised if there already has been a case that has gone undetected.

“Knowing we have it in California... just seeing what we’ve seen in the past with the rapid spread of delta etc., I wouldn’t be surprised if we were to see it tomorrow,” Dick told reporters during a weekly briefing.

“I wouldn’t be surprised if we saw our first case three weeks or four week from now. We know it’s going to be coming,” he said.

The news came as Nevada recorded its 8,000th death from the coronavirus since the pandemic began in the spring of 2020.

Overall, the fluctuating number of cases in the state has been on a recent downward trend.

The 14-day rolling average of 393 cases reported on Tuesday was the lowest since July of this year and vaccination rates continue to inch upward, with 49.2% of all Nevadans now fully vaccinated and 57.7% having received a first dose.

Dick said vaccination remains the best way to guard against COVID-19. He said early indications are that existing vaccines will be effective at protecting people from the omicron variant.

He said the variant appears to be “extremely transmissible,” but to date doesn’t appear to cause a high level of hospitalizations or deaths and most people who contract it have mild symptoms. More data is needed to make further determinations, he said.

“I don’t think it’s a cause for panic right now,” he said shortly after White House officials announced confirmation of the first case in California in a person who had been to South Africa, and had been fully vaccinated but not had a booster shot.

“I think it is cause for concern and for people to be paying attention. I think it’s also a reason for people to get vaccinated if you haven’t been vaccinated already or to get boosted just to be protecting yourself not only from the potential for omicron in the future but from the delta that we know is out there right now,” he said.

Dick said the health district has been sending positive test samples to the state lab at the University of Nevada, Reno, which is capable of doing genomic sequencing to “determine if we have omicron here.”

The Las Vegas Review-Journal reported the state lab did a “deep dive” on Monday into COVID-19 test samples from the past year, updating its software and adjusting its algorithms to confirm that it hasn’t arrived in Nevada.

The Southern Nevada Health District also conducts genetic analysis of a sampling of cases and has not identified any omicron cases.

Mark Pandori, director of the Nevada State Public Health Laboratory, said it remains to be seen what effect the various mutations of the virus will have in combination with one another.

In other virus-related developments:

— Wednesday marked the deadline for employees of the Nevada System of Higher Education to provide proof of vaccination or face possible termination as soon as Dec. 31. Exceptions are provided for those with approved medical or religious exemptions. Officials said 92% of all NSHE employees were fully vaccinated as of Wednesday.

— Gov. Steve Sisolak signed an emergency directive updating requirements for children at large indoor gatherings where proof of vaccination is required but masks are not. Under the previous directive Sisolak signed in August — when shots weren’t available to anyone under 12 — anyone who was ineligible to be vaccinated “because of their age” was allowed to attend events 4,000 or larger as long as those age 2 or older wore masks.

Although shots are now available to children as young as 5, Sisolak’s new directive allows operators of large events to waive the vaccination requirement for age 11 or younger as long as they wear masks. Those 2 and younger still don’t have to wear masks.