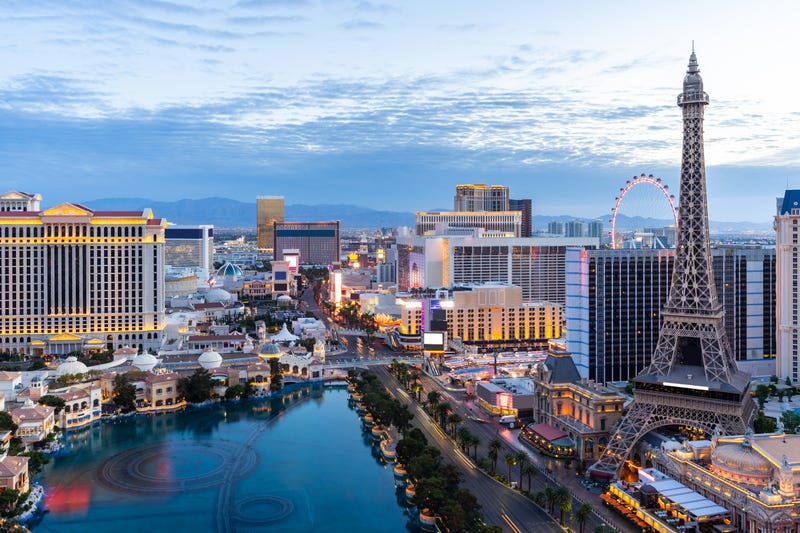 The Nevada Gaming Control Board said casinos reported taking in almost $1.17 billion in August, following a record $1.36 billion in July. Overall, the so-called “casino win” was up 22.3%, compared with $952 million in pre-pandemic August 2019.

The state is on its second-longest streak of $1 billion monthly casino winnings, board senior analyst Michael Lawton said. The longest was eight months from November 2006 to May 2007, several months before the Great Recession began.

Lawton said strong demand for gambling, the availability of federal stimulus money, a continued rebound of leisure travel and the return of special events and entertainment pushed the winnings to nearly 8% above year-to-date figures for 2019.

Airport passenger numbers slid a bit, according to figures released Monday by McCarran International Airport. The 3.8 million passengers tallied in August was down a little more than 8% from 4.1 million in July.

Airport spokesman Joe Rajchel said passenger volume was “undoubtedly” affected by a prolonged Spirit Airlines network outage at the beginning of the month. Spirit is among the top five carriers at the airport.
The solid casino winnings tally came despite the restoration on July 30 of indoor mask mandates for vaccinated and unvaccinated people due to the spread of the COVID-19 delta variant.

Lawton pointed also to the reopening of the popular Cirque du Soleil shows Michael Jackson One and The Beatles Love on the Las Vegas Strip and a boxing bout between Manny Pacquiao and Yordenis Ugás at T-Mobile Arena.