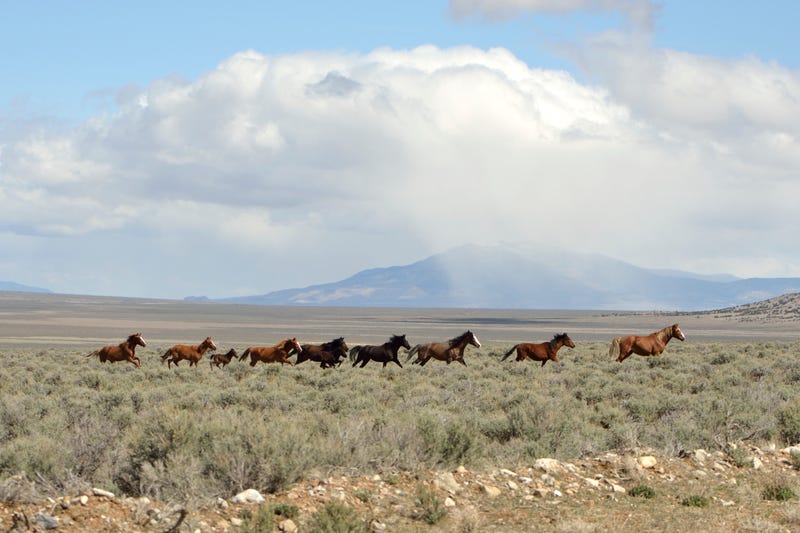 Ely, NV (AP) - The reward has grown to $25,000 in the investigation of the shooting deaths of five wild horses in eastern Nevada more than a year ago, the Bureau of Land Management said Tuesday.

The five mortally wounded horses were discovered Nov. 16, 2021 in Jakes Valley, about 30 miles west of Ely.

The non-profit group Wild Horse Education added $5,000 to the reward this week.

“It is our hope that adding to the reward will bring the subject back into the public eye and lead to information that can resolve this disturbing matter,” said Laura Leigh, president of the group that advocates on behalf of wild horses and works to stop federal roundups.

The BLM offered an original reward of $5,000 and other groups have contributed to the total, including $10,000 from the National Mustang Association in October.

The horses all were located within 600 yards of each other about two miles south of U.S. Highway 50, and an aborted fetus was attached to one of the dead animals, the bureau said. One horse was still alive but wounded so severely it had to be euthanized.

“Our investigation is seeking additional information from the public to identify further leads and ultimately the person (or persons) responsible,” BLM criminal investigator Michael Mortensen said.