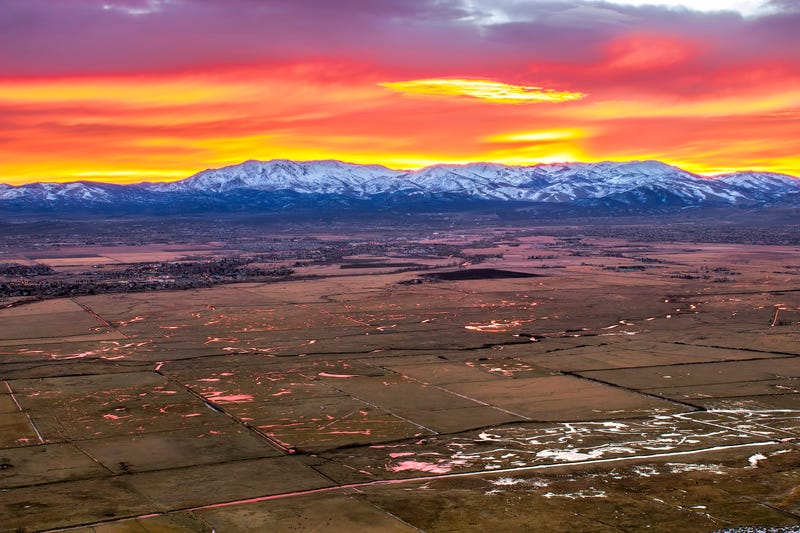 They called into question the motives of the company that wants to break away from its control.

“While I’m sure many would prefer to have no independent government oversight, we don’t make laws based on what is convenient for just one party,” Storey County Commissioner Clay Mitchell told lawmakers on Tuesday.

Mitchell and other county representatives oppose a proposal backed by Democratic Gov. Steve Sisolak that would allow companies that promise a $1.25 billion investment and possess at least 78 square miles of land to apply to form the Innovation Zones.

On Tuesday, they framed Storey County as among the most development-friendly jurisdictions in the United States. They made clear that they supported a proposal from Blockchains — the primary backer of the Innovation Zones proposal that’s also the county’s largest landholder — to develop parts of the empty desert within their borders. But they didn’t understand the company’s claims it couldn’t do so without forming its own jurisdiction.

For almost a year, Blockchains and lobbyists from one of Nevada’s most well-connected firms have advocated for the Innovation Zones. The zones would be governed by three county commission-like board members — two of whom would at first be nominated by the company. They would operate outside the jurisdiction of pre-existing local government and eventually could create court systems, impose taxes and make zoning decisions.

The company’s proposal has been met with opposition from skeptics of overly powerful tech companies, environmentalists and local officials. The resistance led Sisolak and legislative leaders to water the proposal down to a study last spring. The Legislature’s study committee convened for its second meeting on Tuesday and has until the end of the year to submit a report on whether to keep the idea under consideration.

Blockchains and its lobbyists argued Tuesday that the company had the transformative potential to become the internet of the 21st century. The company says it wants to make Nevada a global leader in advancing new applications of its technology. It has yet to introduce a product, but blockchain is a digital ledger that can record nearly any transaction and is best known for facilitating cryptocurrency transactions.

Standing in the way, company representatives said, is that local officials from Nevada’s third least-populous county don’t have the expertise to oversee their plans and couldn’t do so without retrofitting their systems in place.

On Tuesday, Storey County rebutted that claim and pointed to their experience approving successful developments including Tesla’s northern Nevada battery factory and a 1.3 million square-foot data center owned by Switch, a global technology company. They said they had repeatedly told Blockchains they were capable and willing to approve new development and wouldn’t need new processes to do so.

Storey County lobbyist Mary Walker repeatedly called the idea “The Berns Innovation Zone legislation” on Tuesday, in a reference to Blockchains CEO Jeff Berns. She honed in on the company’s claim that it needed Innovation Zones to attract the investment required to build their smart city and told lawmakers it wasn’t the government’s job to help a business find investors.

Walker also addressed the company comparing its proposal to the Reedy Creek Improvement District, which was established to create Disney World. Disney at one point told Florida lawmakers it planned to build a city, but it ultimately scrapped its plans.

Virginia Township Justice of the Peace Eileen Herrington told lawmakers that she had qualms about the proposal’s plan to let the new zones create courts because she didn’t think the public could be confident in their ability to administer justice.

“While the zone’s eventual takeover may be acceptable for many facets of a person’s life, it’s a completely different matter when it comes to the administration of justice, which is an essential part of the just society. An effective legal process not only protects suspects and defendants, it gives victims the confidence that justice will be done,” she said.