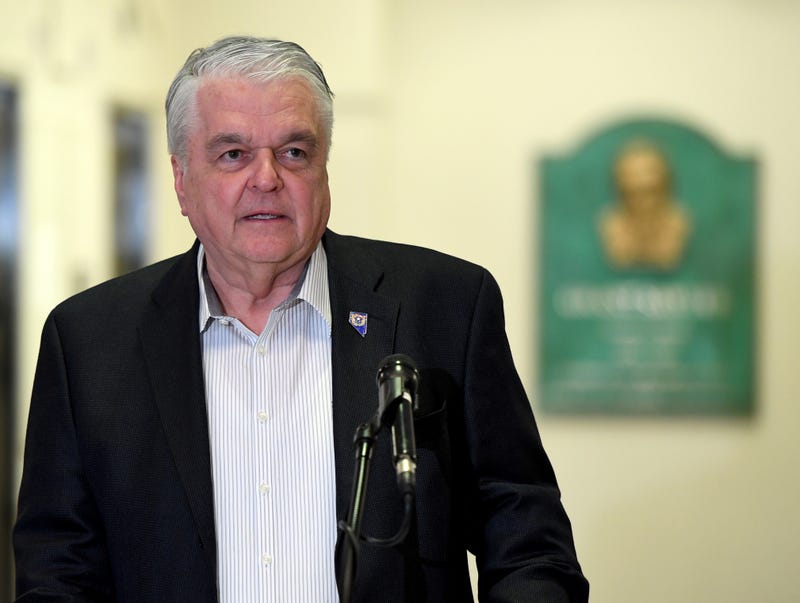 Carson City, NV (KXNT) - Gov. Steve Sisolak said Monday he will scale back his proposal to let technology companies establish zones where they could exercise powers similar to those of local government. Instead of asking lawmakers to pass a resolution to approve the proposal this session, he plans on introducing a measure to create a committee to further study the so-called “Innovation Zones.”

The decision, first reported by the Reno Gazette Journal, deals a blow to Blockchains LLC — the northern Nevada-based technology company that said an Innovation Zone would enable it to build a blockchain-powered city in the rolling hills of the state’s desert.

“I know that legislators, stakeholders and Nevadans still have questions, and I want those questions to be discussed and answered. I want people to be enthusiastic about this opportunity, not skeptical about a fast-tracked bill,” Sisolak said in a statement.

To lure new industries to Nevada, the governor proposed letting technology companies establish “Innovation Zones” with powers similar to those of local government, if they commit to invest $1.25 billion and possess at least 78 square miles (202 square kilometers) of land.

The original draft language, which was circulated by supporters but not introduced in the Legislature, proposed allowing three county commission-like board members — two of whom would be from the company itself — to create court systems, impose taxes, build infrastructure and make land and water management decisions.

Sisolak framed the idea as a means to diversify Nevada’s tourism-driven economy after the pandemic wreaked havoc on the tax revenue base the state uses to fund essential services and led the state to record a 28.2% unemployment rate in April — more than any U.S. state since the federal government began reporting the figures.

He said it had the potential to make Nevada into a hub for cryptocurrency and other yet-to-be developed implementations of blockchain technology. Blockchain is a digital ledger that can record nearly any transaction. Local governments have also taken advantage of its secure record-keeping capabilities to document marriage licenses and facilitate overseas voting.

With few exceptions, lawmakers in Nevada’s Democratic-controlled Legislature avoided commenting on the merits of the idea even though it drew national interest and forceful pushback from local officials throughout the state. In rural Storey County, where Blockchains owns 105 square miles of land, county commissioners wrote a letter to the governor to formally “oppose separatist governing control” and “carving up” their jurisdiction.

In the weeks after Sisolak first floated the idea in a January speech, Blockchains argued that it needed autonomy to experiment and push for new applications of its technology. The company says it wouldn’t be fair or expedient to make a rural county commission with limited resources responsible for approving all of its plans.

County officials have pushed back against that idea, contending that — at least since Tesla chose to build a battery factory outside of Sparks in 2014 — they’ve been among the most development-friendly jurisdictions in the country.

Jeffrey Berns, Blockchains’ CEO, said in February that Storey County officials had previously told him that they weren’t interested in zoning parts of his land for 15,000 new homes.

County officials say they’re unable to rezone parts of the Tahoe-Reno Industrial Center, which houses most of Blockchains’ land as well as companies such as Tesla, Google and Stericycle, which plans to build a 50,000-square-foot (4,600-square-meter) medical waste incinerator. But in his letter to the governor, Osborne wrote that the county is open to approving blockchain-related projects and “large-scale residential development” on a sliver of Blockchains’ land called Painted Rock.

Eileen Gay, who has lived in Painted Rock for 20 years, said she was pleased that there would be additional time to consider Innovation Zones.

“I still have the feeling that it’s not a good direction to go — the secession from the county. The study should reveal that and allow for an informed decision that everyone agrees with,” she said.