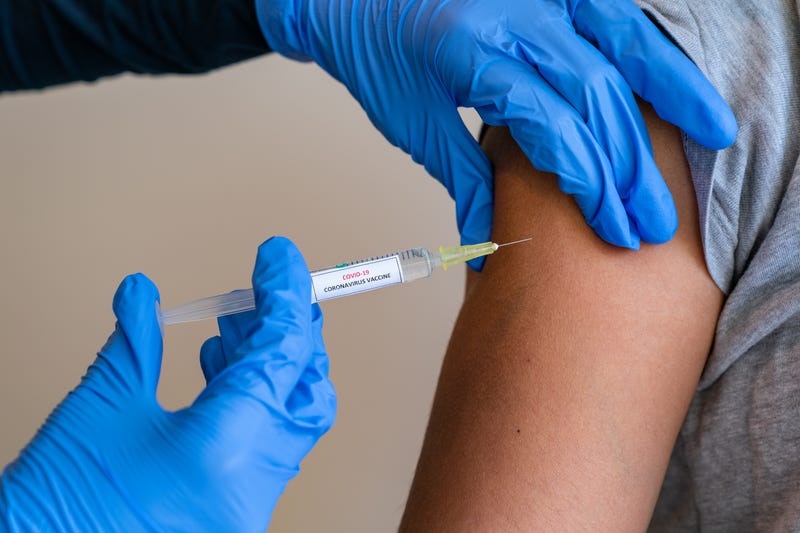 The state Public Employees’ Benefit Program Board voted on Thursday to charge unvaccinated workers up to $55 per month to offset the costs of testing those who haven’t gotten shots are required to undergo in certain workplaces.

Surcharges for state workers and adult dependents on their plans will go into effect in July 2022.

Since the start of the pandemic, public sector plans have covered all coronavirus-related testing and treatment for state workers. Though many other plans stopped completely covering testing when vaccines became widely available, insurance plans for state workers have continued to pay for it in entirety.

In Nevada workplaces where less than 70% of employees have gotten shots, employees are required to be tested weekly to prevent the spread of the virus. Although President Joe Biden’s workplace mandates face court challenges, if they go into effect, all unvaccinated workers will have to submit to weekly testing — a development that would significantly increase the state’s costs.

Officials said coronavirus-related claims filed by state workers were on track to surpass $6 billion in 2021. By charging state workers and their dependents age 18 and older, the plans will help offset the cost of testing people who refuse to be vaccinated.

Laura Rich, the benefit program’s executive officer, said some public sector plans — including for workers at the Dallas Fort Worth International Airport — have imposed surcharges on unvaccinated employees, but, to her knowledge, Nevada would be the first state to impose a system-wide surcharge on public employee plans.

She compared the premium to a smoking surcharge and said it would help underwrite roughly $18 million in annual testing costs. With thousands of unvaccinated workers, she said administrators had to decide the extent to which tax dollars should pay for the medical costs of those who chose not to get vaccinated.

“PEBP is largely a taxpayer-funded plan outside of employee premiums,” she said. “Since we do not have the ability to adjust the state subsidy portion outside of a legislative session, we have no choice but to look at other options.”

The surcharge presented liberal-leaning labor unions with a dilemma. It pit a policy intended to encourage vaccination against increasing healthcare costs for workers — a longtime centerpiece of their advocacy. Labor lobbyists from the American Federation of State, County and Municipal Employees and the Nevada Faculty Alliance testified in neutral about the surcharge proposal.

Tom Verducci, a board member who represents state workers’ deferred compensation plans, voted against the surcharge and said opposed the idea of imposing additional costs on workers regardless of the reason.

“State employees have been hit very hard with no raises over a number of years. And I think of the soul out in the Lovelock working for the Department of Corrections, paid $800 a month in a trailer with three kids. I have a hard time with this one,” he said.

Nevada estimates roughly 5,000 state workers and 1,250 employees of the Nevada System of Higher Education are unvaccinated. The state hopes that incentives and penalties like the surcharge will convince more people to get vaccinated, Rich said.