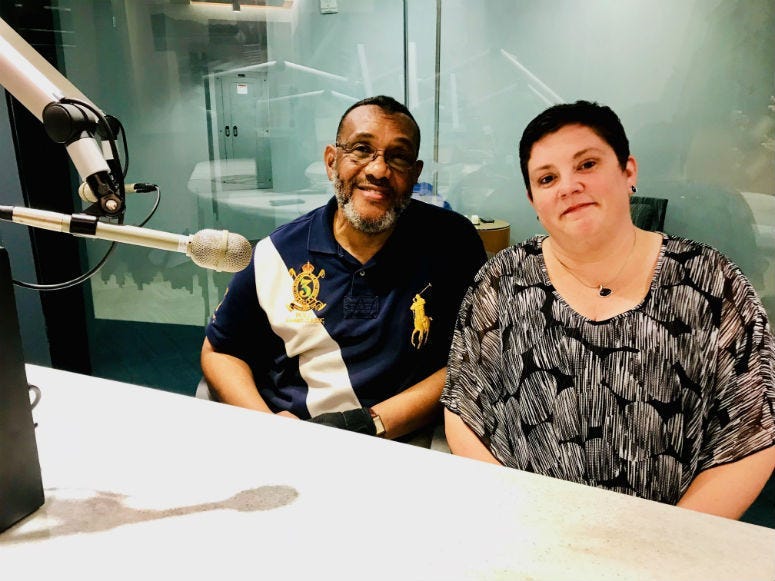 PHILADELPHIA (KYW Newsradio) — On the surface, Carol McCloud and Abdul-Kareem Salahuddin have little in common. She's Irish Catholic, he's a devout Muslim. She's white, he's African American. But after tragedy brought them together, the duo realized they are the same on the inside.

In August 2014, Salahuddin lay on his death bed. Diagnosed with hepatitis C decades before, his condition had deteriorated to a level where he needed a liver transplant or he would die.

"Most of my friends had that look in their eye, like 'Ah, he's not going to make it,'" said Salahuddin.

At the same time, McCloud sat by her son Ryan's hospital bed.

"He was my angel on earth," she said.

Her son had suffered an epileptic seizure and spent many days in the hospital. But when she got word that Ryan was brain dead, her faith kept her focused on helping others.

"I had a few reservations, but overall, him being able to help people after he left us," said McCloud, "I know that is something that he would have wanted."

"It was truly a blessing to me," he said, "but one of the things that bothered me was that somebody had to die in order for me to live. This is truly a gift."

McCloud understands the survivors guilt that many recipients suffer, so she wanted to contact the organ recipients.

"My son didn't die so that someone could live," said McCloud. "We chose to help someone live because he had died."

With help from Gift of Life, McCloud and Salahuddin eventually began contacting each other.

She got her first letter from Salahuddin on Christmas Eve.

Over time, they learned they are more alike than they ever imagined.

Salahuddin grew up Catholic and went to Catholic school.

"I call him Kevin," said McCloud, referring to Salahuddin's name before he converted to Islam.

Salahuddin also lost a son at an early age.

"When I lost my son, I was so wrapped up in my grief, the furthest thing from my mind was donating his organs," he explained. "But this woman, while she lost her oldest son, she had a presence of mind to be able to help others."

Now that he's well, Salahuddin happily dons a green shamrock T-shift to walk with the McClouds in the Donor Dash, an annual Gift of Life fundraiser. And McCloud sends Salahuddin well wishes on Muslim holidays.

"She's a hero to me," Salahuddin added. "God orchestrated this to bring us together."

For more on the Gift of Life Donor Program or to sign up, go to donors1.org.