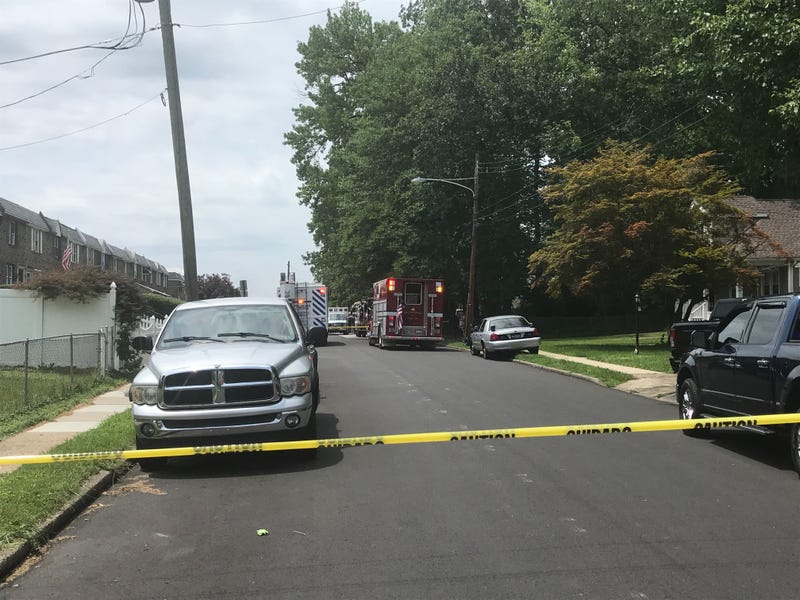 The men, who were in their early 20s, were conducting a dye test in a manhole at West Rively and South Sycamore avenues in Aldan, but had to be pulled out in an emergency rescue after they were found unresponsive.

Ken Coppola, Aldan police chief, said during a press conference that two other men were working at the other end of the street, at West Magnolia and South Sycamore avenues. They lost contact with their coworkers a little after 11:30 a.m. and didn’t hear back from them.

When the two men went to check on their co-workers, they found them unconscious.

They immediately called 911. Emergency responders pulled the men from the 30-foot-deep manhole and declared them dead at the scene.

"Fire rescue was notified. They went down and they brought both bodies up," Coppola added.

The county medical examiner and coroner are conducting autopsies to see exactly what went wrong. They speculate it may have to do with gas underground.

Aldan is a small community in Delaware County. Nearby residents started to cluster at the scene to see what happened, and some were visibly upset.

One of the men was reportedly the son of a police officer. The two worked for A to U Sewer Services, based in Glenolden.

"This might be the first time this has ever happened," said Aldan Mayor Carmen Maniaci. "We're going to do our best to recover and move forward."

Folcroft Borough and Collingdale police are also on the scene, as well as OSHA and hazmat teams.

This is a developing story. Stay with KYW Newsradio for updates.