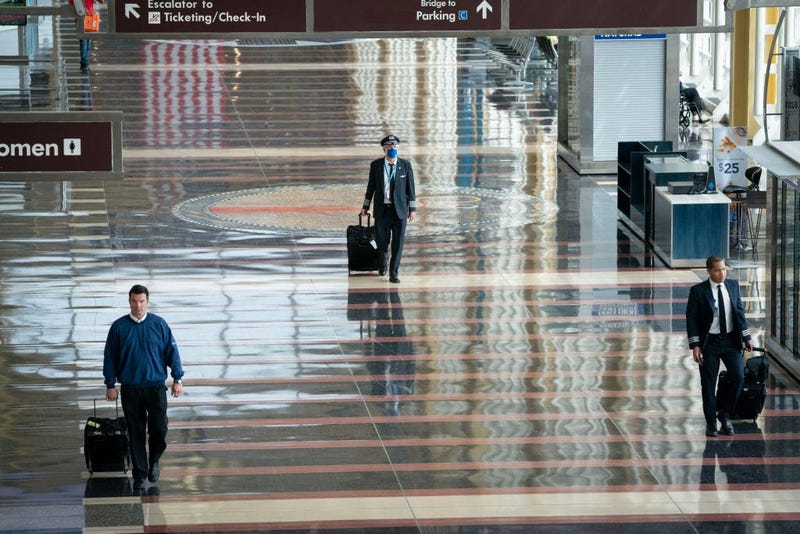 PHILADELPHIA (KYW Newsradio) — The pandemic has not only devastated the airline industry, it has also forced airport-related businesses to the brink of disaster. The Airport Minority Advisory Council has launched a campaign to convince Congress to help those merchants in the next round of stimulus.

Airports are open and operating, but due to a combination of fear and travel restrictions, hardly anyone is flying, which means business is dead behind the security checkpoints.

“There’s little to no activity in our terminal. So it’s like a ghost town,” said Erin Zwiercan, who owns Jack Duggins Irish Bar and operates a Geno’s Steaks and Yards outlet in Philadelphia International Airport Terminal A.

She’s joined a nationwide grassroots movement called Save the Travel Experience, an effort to pry $5 billion in stimulus money out of Congress to help concessionaires survive the crisis.

“I think travel’s down 90%, so we’re losing billions of dollars industrywide, just trying to stay afloat. And a lot of the curbside local delivery is happening but in the airport, you don’t have that luxury. The money would help us implement some of the new safety that we’ll be required to do, rent, employees, just to keep us afloat,” she said.

For now, concession owners at Philadelphia International are able to scrape by thanks to an airport relief package.

Chief revenue officer Jim Tyrell said the airport was one of the first airports to do it back in March.

“We have waived all of their minimum annual guarantees. And that’s primarily the fee that the concessionaire guarantees to pay for the right to operate in the airport regardless of the amount of sales they have,” Tyrell said.

Tyrell said it works out to a collective savings of about $3 million.