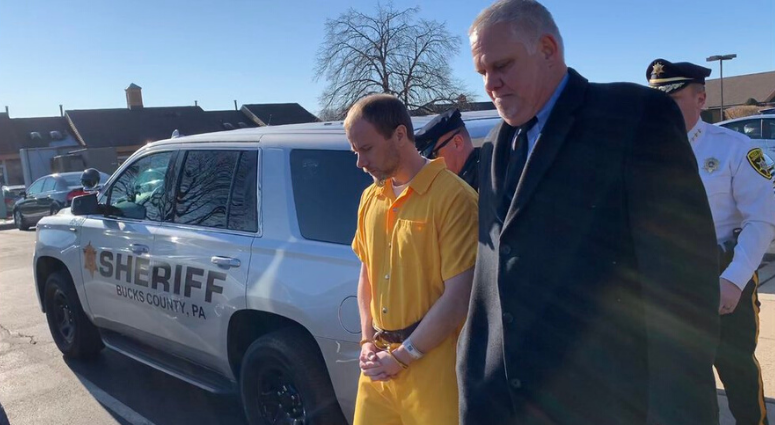 DOYLESTOWN, Pa. (KYW Newsradio) — Another cold case has been solved in Bucks County, with a man admitting to killing Adam Brundage, who has been missing since 2004.

Damon Smoot, 36, was arraigned in Bucks County on Tuesday morning for the murder of Adam Brundage, last seen in October 2004, before his 27th birthday.

Lawyers on both sides say they have a deal worked out, whereby Smoot will plead guilty to third-degree murder, with a sentence of 20 to 40 years in prison.

In solving a cold case from 2004, @BucksDa says Daman Smoot was jealous of Adam Brundage. So Smoot killed him, moved into his house, and drove his car. Says it was almost like the movie “The Talented Mr. Ripley”. @KYWNewsradio pic.twitter.com/C0yS6Y1JIo

Brundage's disappearance went unsolved for 16 years, but the investigation always focused on Smoot.

According to the criminal complaint, Smoot says he and Brundage went to Haines and Kibblehouse Quarry in Chalfont, Bucks County, where Smoot worked.

He said they were getting sand for a job they were working on, and they got into some kind of argument.

Court documents say over the years Smoot gave Brundage’s family several reasons for his disappearance, telling Brundage's mother he went to Wisconsin because he had cancer, and that he went to West Virginia for drug rehab.

"So he killed him. And he assumed his life, in a way," Weintraub said. "He moved into his house, weeks before murdering him, started driving his car."

Weintraub says they would not have found the body without Smoot's cooperation — important, he says, for the family.

"It has to be a bittersweet feeling, but I think they can now know Adam will be resting in peace," he said.

Smoot is already serving a 5- to 10-year prison sentence from 2011 for aggravated assault and kidnapping.

This is the third cold case solved in Bucks county since 2016. In 2017, George Shaw was found guilty of murdering 14-year-old Barbara Rowan in 1984. And last month, William Korzon pleaded guilty to killing his wife, Gloria Korzon, in 1981.