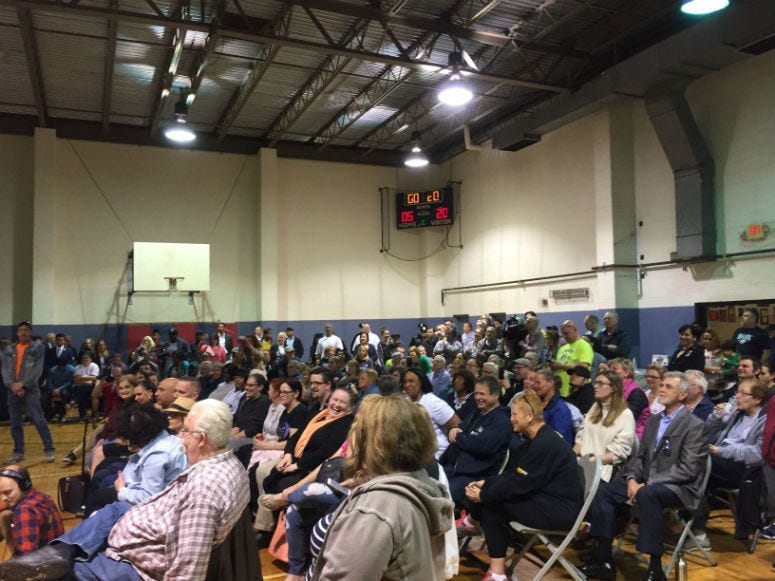 PHILADELPHIA (KYW Newsradio) — Close to 200 people - many were residents concerned about their safety - packed a community center in Port Richmond to voice concerns about a proposed safe injection site in their community.

"I'm against it because my house is right on the same street, so I see all the activity all the time," said Kensington resident Maria Perez.

Perez joined hundreds of her neighbors who got a chance to let nonprofit Safehouse know how they feel about a proposed safe injection site at Kensington and Allegheny avenues.

One of Perez's concerns were about young children in the area.

"The children go by the neighborhood at 10 in the morning to walk around, so they will not be able to do this," she said.

But Safehouse volunteer Jose Benitiz says the plan could save lives.

"Bringing some the activity of public use indoors," Benitiz said.

"We're all in new territory about how we define this site and what illegal activity will be happening inside," she said.

More meetings will be held in the future.