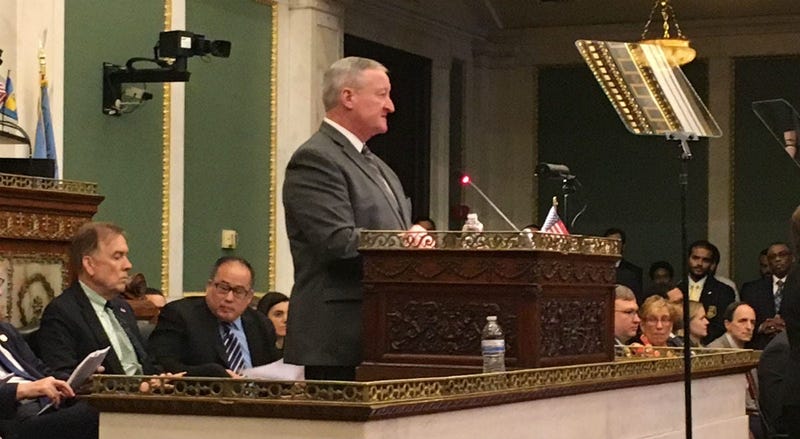 PHILADELPHIA (KYW Newsradio) — Philadelphia Mayor Jim Kenney says he's sad about the federal indictment of his childhood neighbor and political ally John Dougherty, and that neither he nor his administration is in any way involved in the charges.

RELATED: City Hall abuzz after Henon, Dougherty charges, but no one's saying much

The mayor declined to say whether he believed the charges against Dougherty and Councilman Bobby Henon.

However, he did dispute the implication in the indictment that the soda tax arose because Dougherty wanted revenge on the Teamsters. He says finance director Rob Dubow proposed it in a meeting just after he was elected.

"I said to them, sitting at the table, how will we pay for these things we've promised we're going to do, and Rob said, "Well, we're going to trot out the soda tax." And I said, 'Oh, not that again,' because it had happened twice (and not passed council). And they convinced me we could do it, and we drafted the legislation, and we sent it up to the fourth floor, and they introduced it and passed it."

He said he was still looking in to the charge that Henon, at Dougherty's request, had gotten the Department of Licenses and Inspections to stop work at Children's Hospital because it was non-union.