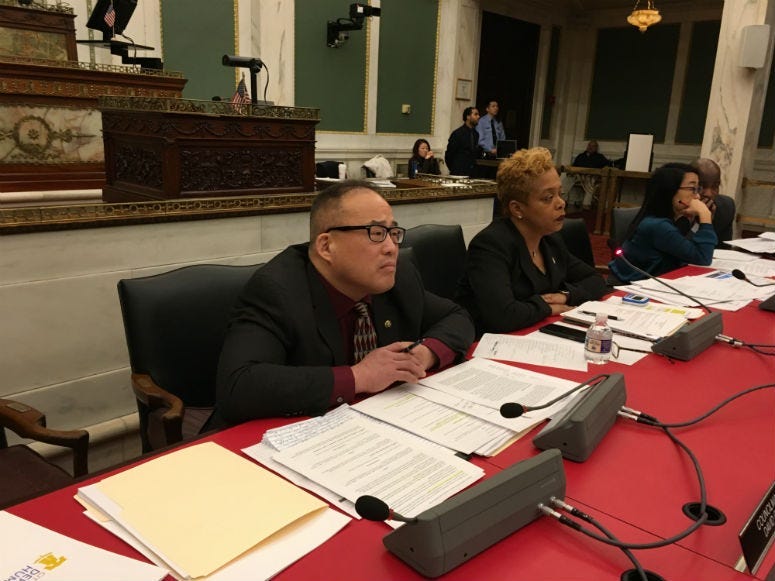 PHILADELPHIA (KYW Newsradio) — A Philadelphia City Council hearing Tuesday became a forum for parents whose children were removed by Philadelphia child welfare officials. The hearing was called by Councilman David Oh after he had a personal run-in with the system when his child was injured, and more than three dozen parents testified.

Councilman David Oh didn't go into detail about his case, but said a hospital social worker had reported it as a possible abuse case. The Department of Human Services investigated and cleared the case, but he says it convinced him council should hear more about the process.

"What happened to me was a peek behind the window and what I saw was not good," Oh said.

"We are required by law to follow the state law, which governs reporting and investigations of child abuse," Figueroa said.

The department is also required by law to guard the confidentiality of all cases, so it could not respond to the parents who testified their children were taken for seemingly arbitrary reasons; One mother said it was because the house was dirty, another said she was told her house was too clean.

Jeffrey McHale says he was given no reason.

"It's hard for me to comprehend how a system feels these two beautiful children are better in a stranger's care than with family," McHale said.

Social worker Pamela Robinson testified her colleagues agonize over the decisions, work with a team and go through multiple steps because they know placement can be traumatizing for a child.

"The circumstances justifying the placement can be just as traumatizing for the social work team handling the case," Robinson said.

Officials also disputed figures purporting to show the city has an unusually high rate of placement. They say children are removed in less than four percent of the 20,000 cases reported each year.