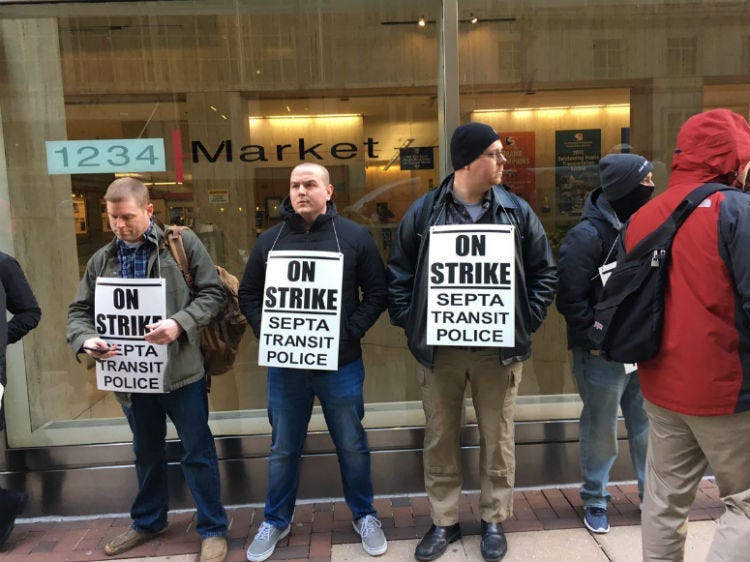 PHILADELPHIA (KYW Newsradio) — SEPTA Transit Police are returning to work following a nearly weeklong strike, and SEPTA police supervisors and other police departments took over for Transit Police while they were out.

The Fraternal Order of Transit Police and SEPTA officials came to a tentative agreement on their contracts talks Tuesday evening.

Parham says he's confident their nearly 200 officers will vote in favor of their agreement.

"We had some concerns of ours actually satisfied, our guys are ready to go back to work, and so are we," Parham said.

SEPTA's Andrew Busch says the two sides were able to finally to get on the same accord on their major sticking points.

"There were some talks that started out over some of the issues related to body worn cameras, and it just kind of progressed from there," he said.

Busch says there is no time table yet on when the officers will vote on and review the tentative agreement.

"It will go through that process. In the mean time, we're happy to have the officers back on duty and ready to serve our customers throughout the system," Busch said.

Officials say money was the other major sticking point that stalled the contract talks.