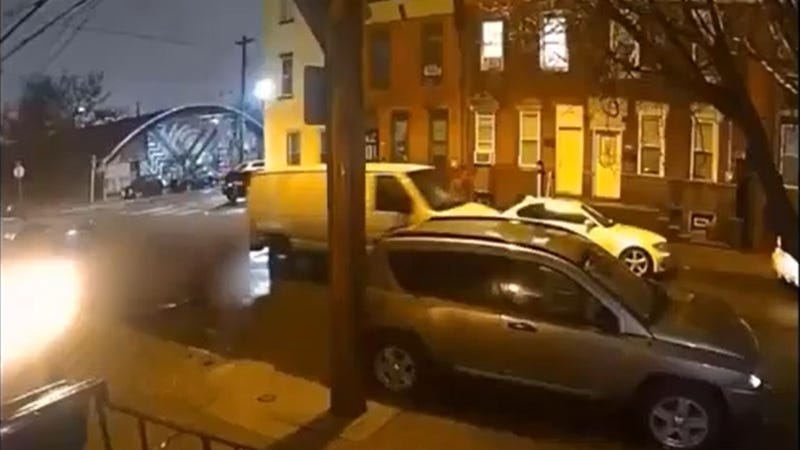 A white van is captured on video fleeing the scene of a hit-and-run that killed a bicyclist on Sunday evening. Photo credit Philadelphia Police Department/YouTube
By Tim Jimenez and Kristen Johanson, KYW Newsradio

PHILADELPHIA (KYW Newsradio) — Police are searching for two drivers who struck and killed two people in separate incidents in the city, hours apart on Sunday. The city is offering a $10,000 reward for information leading to the arrest and conviction of the offending drivers.

The first took place near the Whitman Plaza shopping center in South Philadelphia. Just after 5:30 p.m., 43-year-old Savun So was crossing Oregon Avenue at Sixth Street when the driver of a silver hatchback or small SUV, which is missing a driver’s side mirror, hit her and drove off, said Capt. Mark Overwise with the Crash Investigation Division. 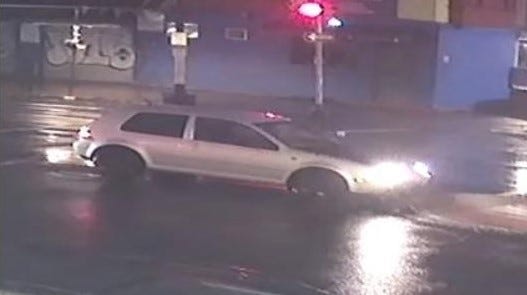 Witnesses in the area told police that So was almost at the center median of the avenue when she was struck. Medics pronounced her dead at the scene.

About three hours later in Kensington, 31-year-old Eduardo Rosario Jimenez was riding his bicycle west on Berks Street, when a white cargo van heading eastward struck him head on while making a left-hand turn onto Howard Street, Overwise said.

The driver ran Jimenez over and fled the scene, killing him instantly, police said, before continuing north on Howard Street. The strike was caught on camera, and police released video of the vehicle fleeing the scene after impact.

“The van appears to be a Ford Econoline, unknown year. It has very distinctive damage that occurred prior to this incident on the right front fender,” Overwise said.

Other distinguishing features include a dark-colored grill, silver wheels, and no windows on either side of the cargo area.

“Jimenez has no family in the country,” Overwise said. “Police contacted his roommate, who will get word back to his family.”

Police ask anyone with information about these deadly hit-and-runs to submit a tip by calling or texting 215-686-TIPS. Tips can also be submitted anonymously online. 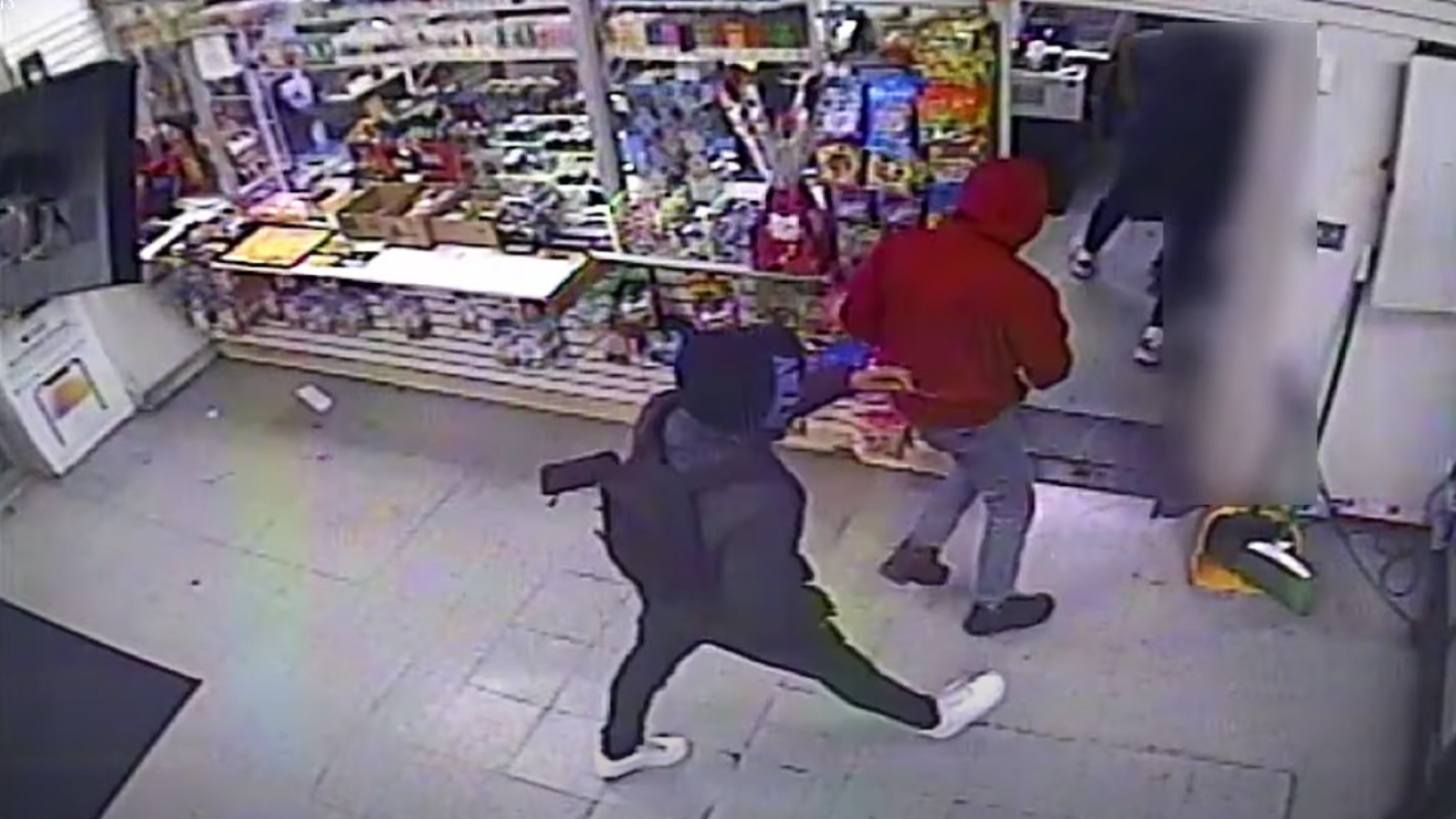 “It surprises me every time. It frustrates me, it should frustrate everyone. No one should tolerate this,” Overwise said.

"I would encourage each one of these drivers to turn themselves in and show everybody that they have a little respect and compassion for human life.”

Overwise emphasized that fleeing the scene of an accident is a crime, and he had this reminder for drivers: “If you stay on location and provide us with information we need, you may not have committed a crime to cause that crash. However, when you leave, you do commit a crime.”

CORRECTION: In a previous version of this article, Savun So's name was misspelled.