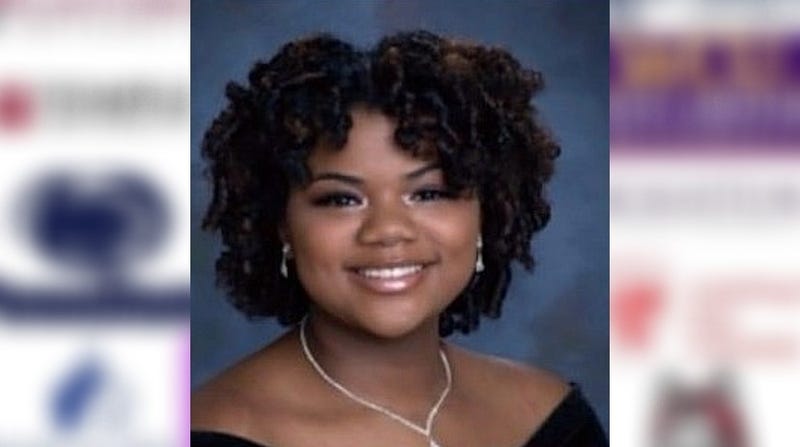 High school senior Laila Johnson applied to 18 colleges and universities and was accepted to all of them, with almost $2 million in scholarships offered. Photo credit Courtesy of Laila Johnson
By Lynne Adkins, KYW Newsradio

LANSDOWNE, Pa. (KYW Newsradio) — A high school senior from Lansdowne, Delaware County has a selection of almost 20 colleges and universities ahead of her, with scholarship opportunities totalling nearly $2 million dollars.

Laila Johnson applied to 18 schools. She admitted that's a lot, but she's been accepted at every one with $1.8 million pledged in scholarship money.

"It would be considered a lot because many would probably pick a certain one and see if they get accepted and then would just decide to go to the school," she said.

"But I wanted to broaden my options and see what I could go into and see what majors they had for me, and if they had psychology or not."

Johnson did very well at Monsignor Bonner and Archbishop Prendergast High School in Drexel Hill, but there's more to this teen than just school work.

"I have a 4.0 average for all four years, I've been in many extracurricular activates. I've been in newspaper, I've been bowling," she detailed. "I also had a job as well in my career, but when the pandemic hit I had to leave my job unfortunately."

Johnson would like a career dealing with children, maybe as a psychologist. She said she's leaning toward local schools to remain close to her family.