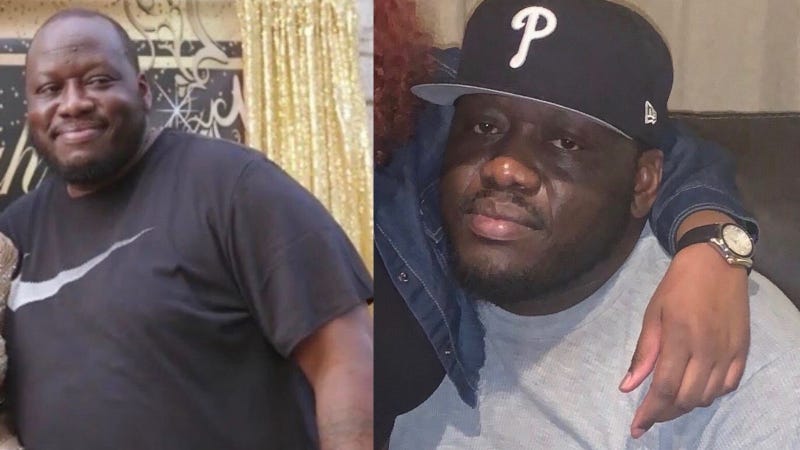 PHILADELPHIA (KYW Newsradio) — Melvin Dunn never missed a holiday, and with two sisters, two daughters and his own mother to call, his sister Marlo Dunn said it was unusual when they didn't hear from him.

“When he didn’t call us for Mother’s Day, I instantly knew something was wrong,” she recalled.

The family last saw the 47-year-old on Friday, May 9, two days before Mother’s Day.

The next day, the family said Melvin was going to the Autozone on North Broad Street, but when they didn’t hear from him for several days, they reported his car as stolen.

“We figured if we reported it stolen, that would be the only way to find him,” Marlo Dunn said.

The family became their own search party, searching for their beloved Melvin — the man who loved to read and joke, who never missed a holiday or vacation.

“He would give you the shirt off his back,” she said.

Neighbors near Broad Street and Chelten Avenue noticed a white Pontiac had been parked along Park Avenue for a few days with something large in the backseat. They called the police on Thursday, May 14, 2020.

“I was at work, someone called my mom and said they found a dead body in the back of his car,” Marlo Dunn said.

Because of the pandemic, the Dunn family was not able to go to the morgue to look at the body to see if it was Melvin Dunn.

When the family got in touch with authorities, police asked if he had any specific tattoos. He did: a tattoo of his father’s name, who had died when they were children.

It was Melvin Dunn.

“By the time they found him, his body was deteriorating and we were not able to view him at his funeral,” Marlo Dunn said.

She said the whole family is heartbroken and they need answers.

“He never got into a fight with nobody, so that’s why I really don’t understand who would do something like to him,” she said.

If you have any information about what happened to Melvin Dunn during Mother’s Day weekend, detectives urge you to give them a call or text 215-686-TIPS, or you can submit an anonymous tip online.