PHILADELPHIA (KYW Newsradio) -- The coronavirus pandemic has forced many parents and guardians to take on new roles in their children's education. It's no different for the reporters who bring KYW Newsradio listeners the latest news while teaching their own little ones at home.

KYW Suburban Bureau chief Jim Melwert's two young daughters are able to do partial days of in-person classes at school, but when they're at home, their pandemic curriculum is letting their family bond in a new way.

"They have my mom, who's retired, to help out," Melwert said.

Melwert says having grandma to teach the girls helps him and his wife during their work days, which he says was tough early on in the pandemic.

"It was a lot more chaotic when it first happened," Melwert said.

He says his mom playing teacher not only helped calm down the chaos, but it also gave her and her granddaughters time to bond in a new way.

"My mom wouldn't be sitting with my 6-year-old daughter for hours a day teaching her and helping her with class work if we didn't have this awful pandemic," he said. "We try to look for the positive, and that time together is something to cherish in a bizarre sort of way." 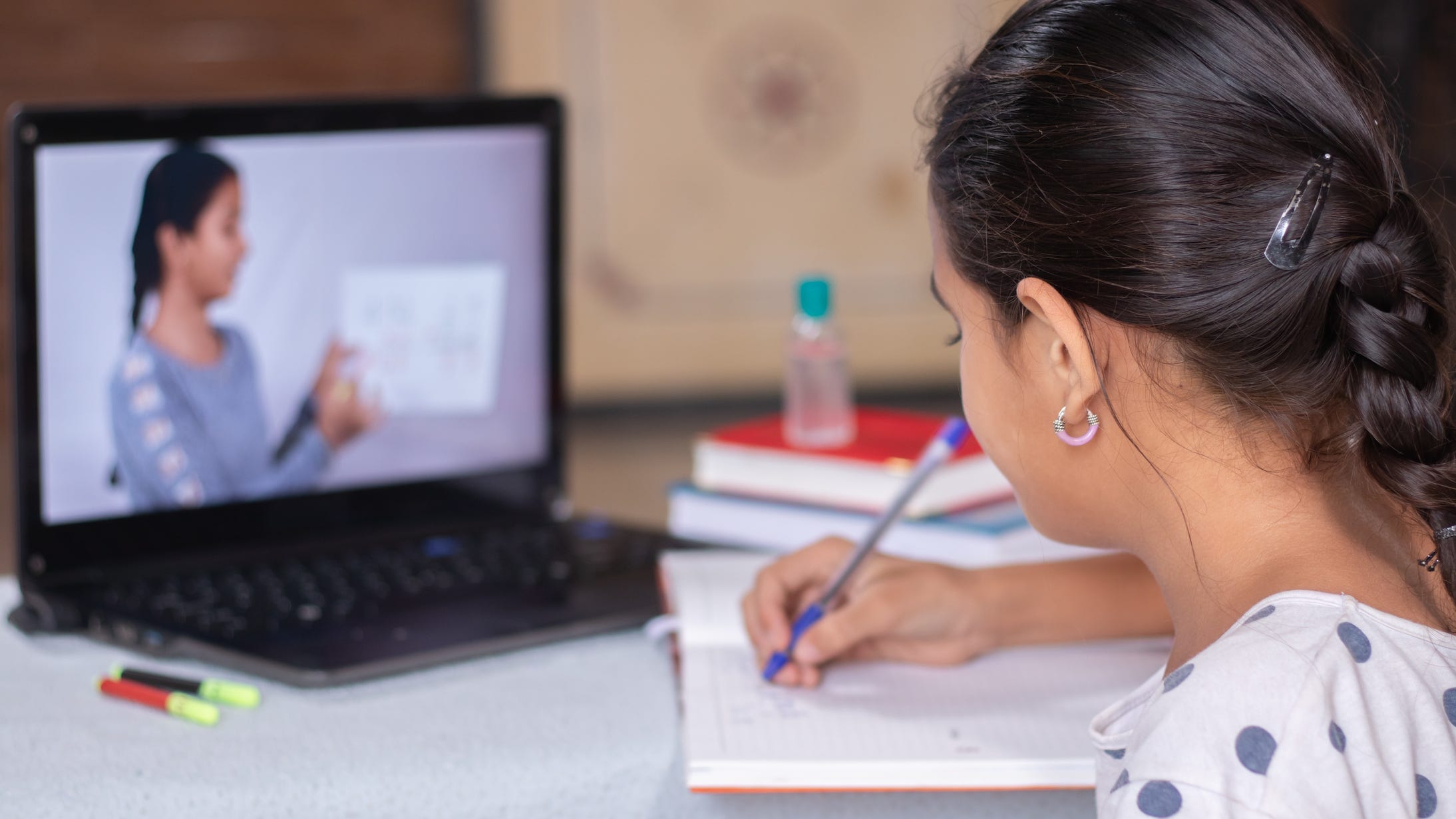 Extra time at home with her dad has also sparked Melwert's older daughter Lizzie's interest in his career.

So he's let her have at it. He recalled a surprising request from his daughter.

"One night, we're getting ready for bed, and she said, 'I want to record a podcast.' And I'm like: Wait, what? Where did that come from? It was not my idea at all."

Hadas Kuznits says she has spent years mastering how to balance two full-time jobs: one as a mother to a 3-, 5- and 7-year-old; the other as a KYW Newsradio reporter.

During the pandemic, both of those jobs overlapped in a new way at her home.

"When I'm recording my tracks for work, I'm doing it in between screams and yells," she said. "I use my mute button a lot when I'm doing interviews because of the stuff going on in the background of my house." 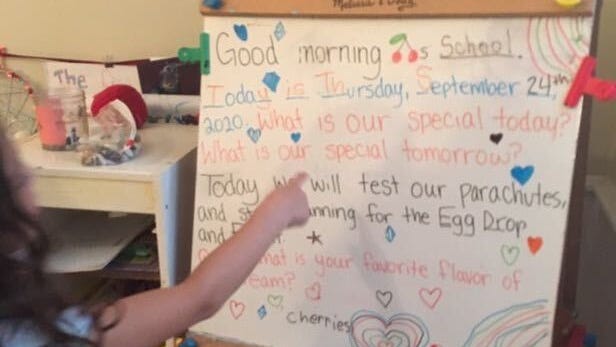 So, with the uncertainty of the school year, Kuznits decided to take matters into her own hands to make sure her kids got a proper education and she could worry about breaking news instead of a tantrum breaking out.

"I reached out to parents online and found three other families. We hired two teachers, rented an apartment, and basically created a micro school for the kids," she said. 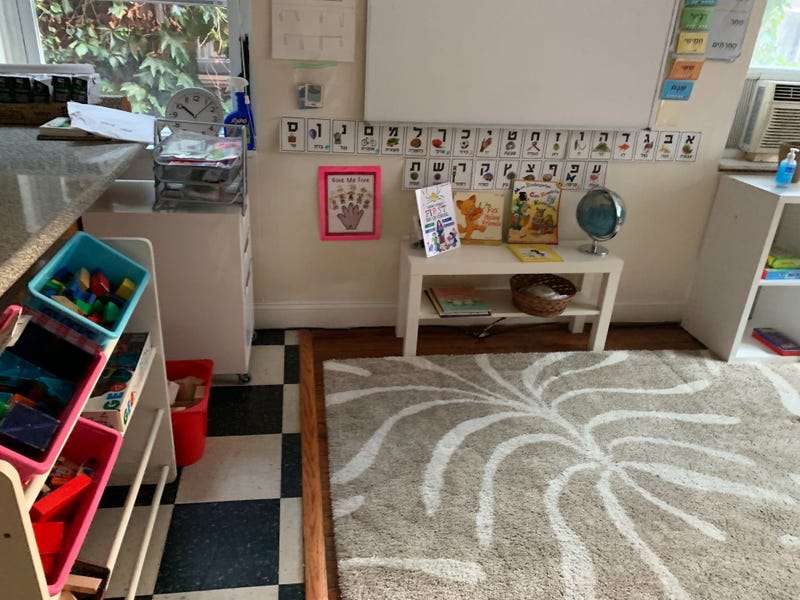 Hadas Kuznits' children learn in a micro school set up in an apartment with other families. Photo credit Hadas Kuznits/KYW Newsradio

That move gave Kuznits a reprieve in her day, to report the news, but she also ended up with another job.

"Now, in addition to being a mom and a full-time employee, I'm also a defacto administrator of my kids school now," she said.

That administrator role also means a more hands-on approach in her kids' education. Kuznits has helped establish school rules, like a mandatory mask requirement and morning temperature checks. And she gives input on the curriculum.