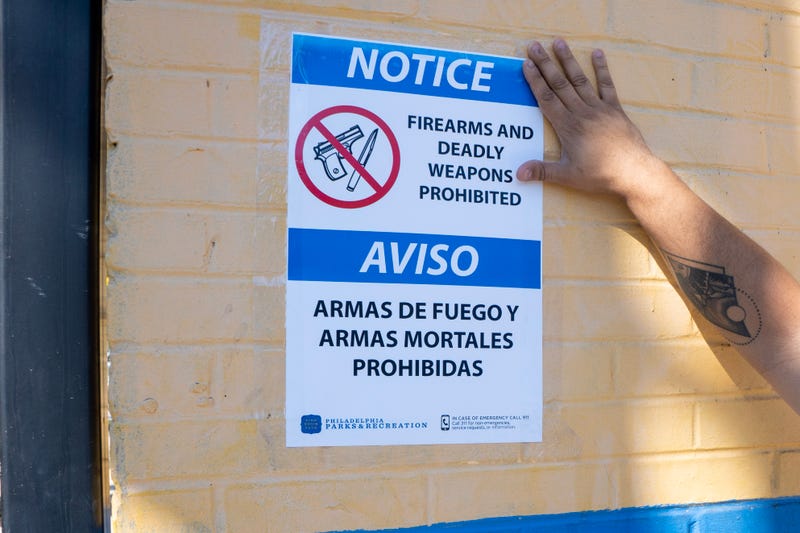 Signs will be posted at all rec centers across the city notifying the public of the mayor's executive order banning weapons. Photo credit City of Philadelphia
By Tim Jimenez, KYW Newsradio

The signing comes one day after the funeral service for Tiffany Fletcher, a rec center employee who was killed in crossfire earlier this month.

Signage denoting the ban will be posted at all 159 rec centers. 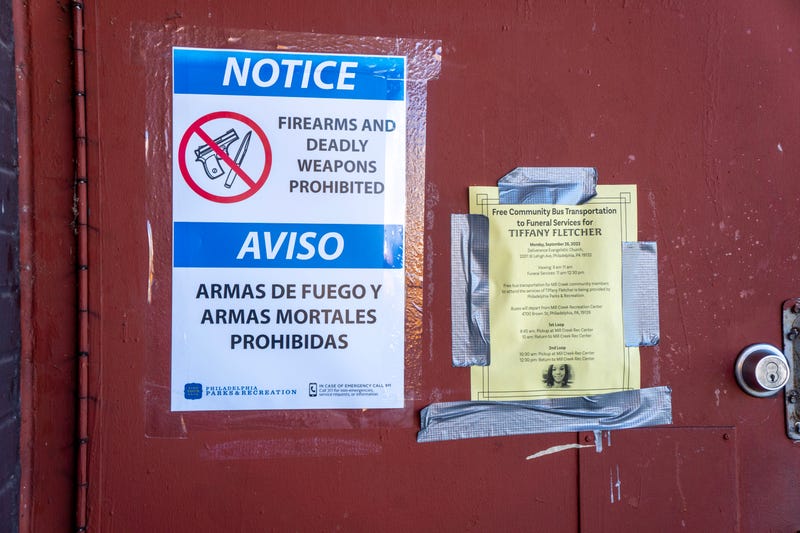 “This is to give some peace of mind and capacity for rec center employees to call the police when they see somebody with a gun in their waistband or someone’s threatening to go out to their car and get a gun because they didn’t like a call the referee made,” Kenney said at Tuesday’s announcement.

Fletcher, a 41-year-old mother of three boys, was killed when she was hit by a stray bullet while working at the Mill Creek Rec Center in West Philadelphia on Sept. 9. A 14-year-old boy was arrested days later, and he is facing murder charges.

Fletcher’s family and friends got word of the executive order while visiting Mill Creek on Monday.

“As long as we know you’re working to keep the guns away, a start means you’re trying,” Fletcher’s cousin, Taaijah Henderson, told NBC10. “You can’t even walk to the store — or like my cousin, you can’t even work — without running or losing your life.

“It’s crazy, and we just got to come together, stick together.” 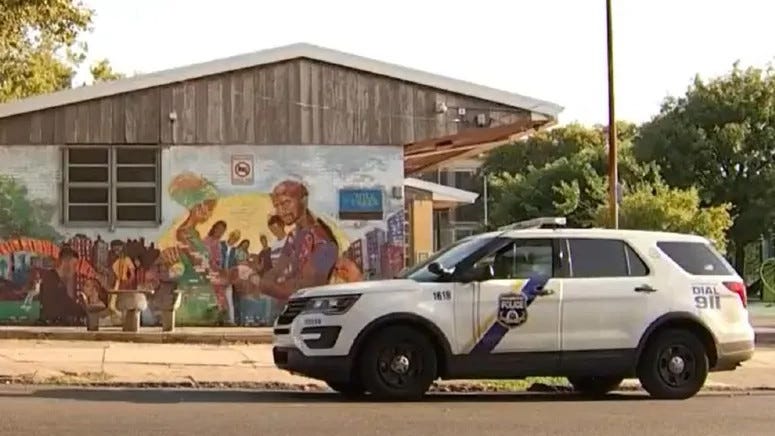 The city said 300 gun violence incidents have occurred at rec centers since 2019.

Also in 2019, City Council passed an ordinance prohibiting guns and other weapons at such places. Andrew Richman with the city Law Department said an ordinance and executive order are “slightly different.”

While the ordinance says violators can be fined up to $2,000 and get up to 90 days in jail, District Attorney Larry Krasner added that the executive order means people with guns, even those who can legally carry, can be charged with trespassing.

According to Mayor & DA, if you have a legal gun & carry permit, you’ll be arrested & prosecuted for walking in the park. But criminals w/ illegal guns & no carry permit are not being prosecuted. Mayor’s executive order is illegal & D.A. illegally criminalizes law abiding people.

“Exactly how that will play out in the individual case, we will see,” said Krasner. “But let me be clear: Even if you have a permit to carry and you go on those premises, then you have a problem with me.”

According to police data as of Monday night, there have been at least 400 homicides in the city so far this year — just four deaths shy of the number this same time last year.

Councilmember Cindy Bass is hopeful the executive order can make a difference.

“Getting people to think about, ‘Hey, I can get in some serious trouble if I’m actually caught on site with a handgun, a firearm,’ ” she said. 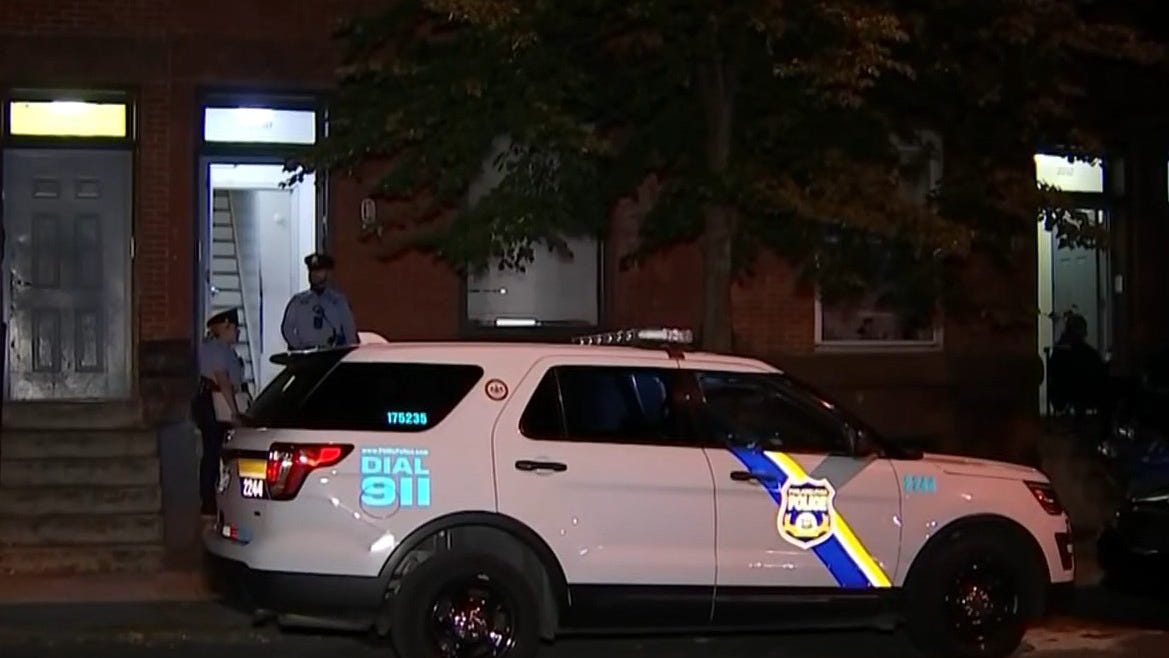