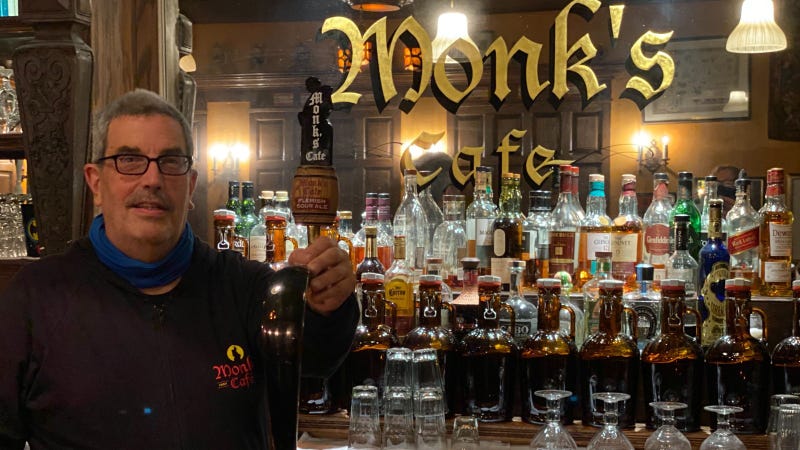 PHILADELPHIA (KYW Newsradio) — Another landmark Philadelphia restaurant closes due to COVID-19. But the owners are hopeful they'll reopen next spring.

Monk's Cafe has been open since 1997, but co-owner Tom Peters said this year has proven to be just too much for his business.

"Our best week since the pandemic hit, we were down 70% in sales.  That's our best week, and that's with 10 tables outside,” Peters said.

"And with the cold weather approaching, we just don't see that as a viable business model,” he added.

So instead of powering through the year, Peters is closing temporarily, with the hopes he'll be able to reopen in the spring.

But as far as how Philadelphia's restaurant scene will look this winter, Ben Fileccia with the Pennsylvania Restaurant and Lodging Association said the industry is in a dire situation.

And with hospitality being the second biggest industry in the state, with around $27 billion in restaurant sales in 2019, Fileccia expects Pennsylvanians to feel the impact later on.

Meanwhile, Peters said fellow restaurant owners have reached out to him, saying they are also on the brink of closing either for good or temporarily through the darkest season.

"It's going to be a barren winter, that's for sure,” Peters said.