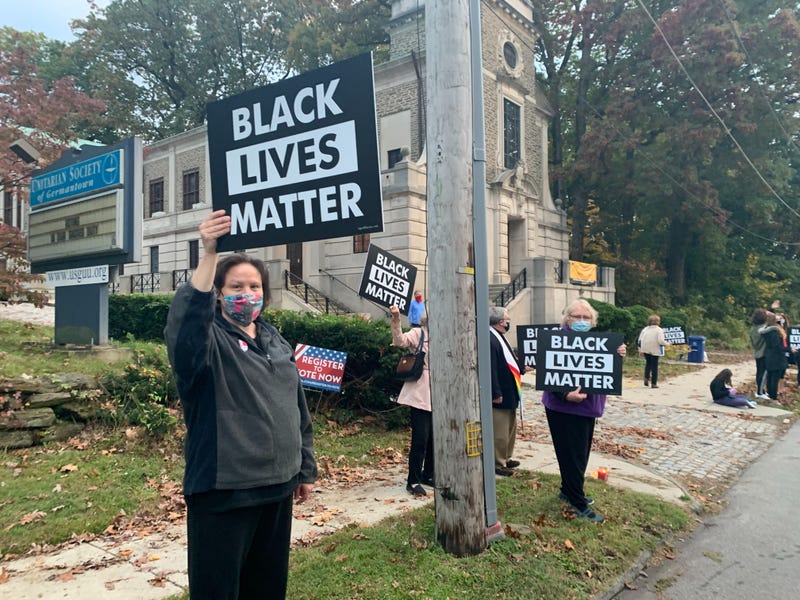 Members of the Unitarian Society of Germantown have stood alongside their church in a peaceful vigil every weekday during afternoon rush hour since June 2. Photo credit Hadas Kuznits/KYW Newsradio
By Hadas Kuznits, KYW Newsradio 1060

PHILADELPHIA (KYW Newsradio) -- After a Black man, Walter Wallace, was killed by Philadelphia police officers on Monday, a group of Mt. Airy church members and neighbors that has been peacefully demonstrating since summer, is vowing to continue declaring to rush-hour drivers: Black Lives Matter.

Members of the Unitarian Society of Germantown have stood alongside their church in a peaceful vigil every weekday during afternoon rush hour since June 2. At first they were inspired by the death of George Floyd. 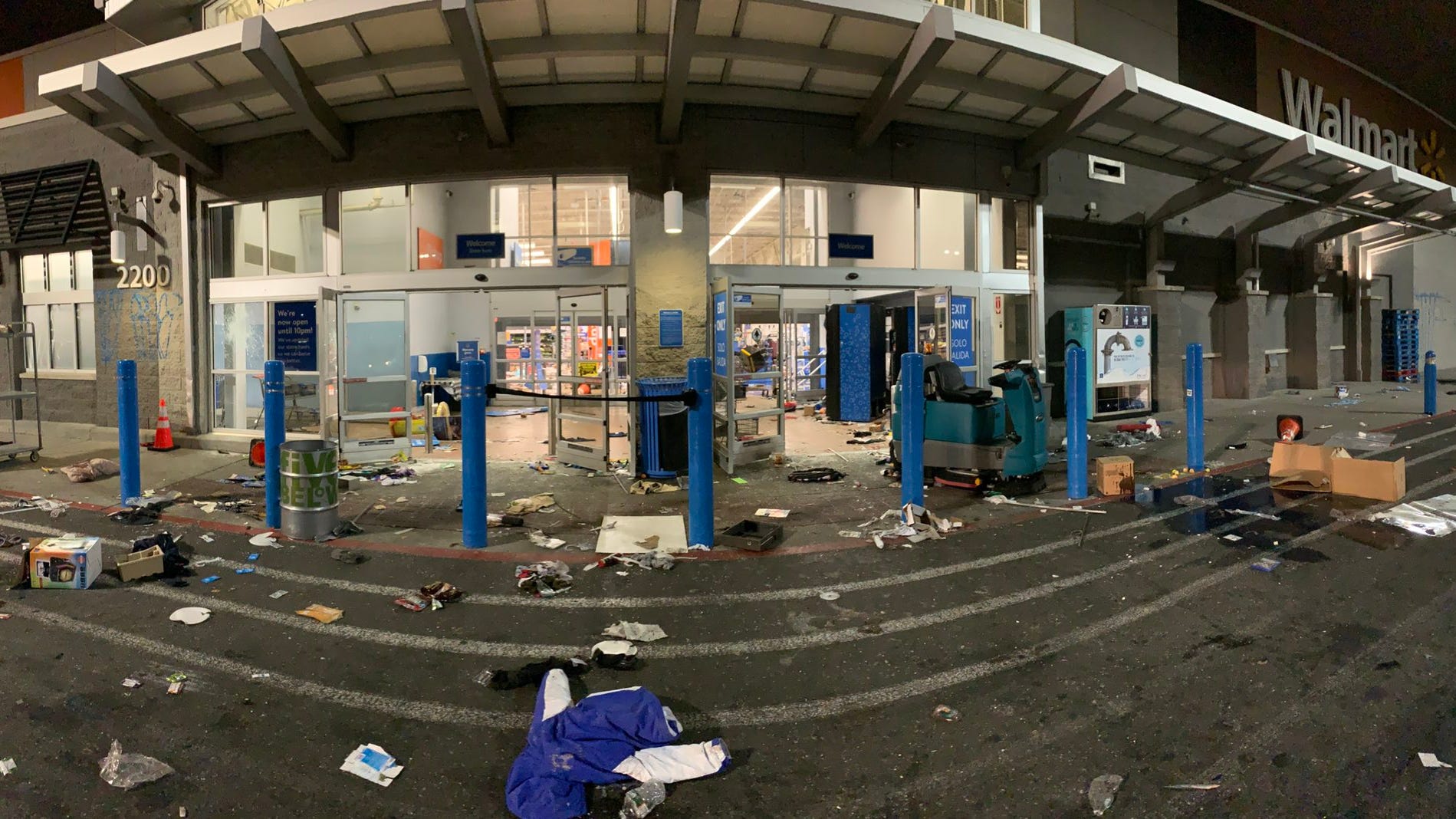 "And we especially wanted to come out, given the events that happened in West Philadelphia, which all of us are just devastated by," organizer Mary Kalyna said.

"We don't even say anything," Kalyna said. "We just stand with our signs that say 'Black Lives Matter.' We want this injustice against Black people -- the violence, the discrimination in the criminal justice system, be ended once and for all." 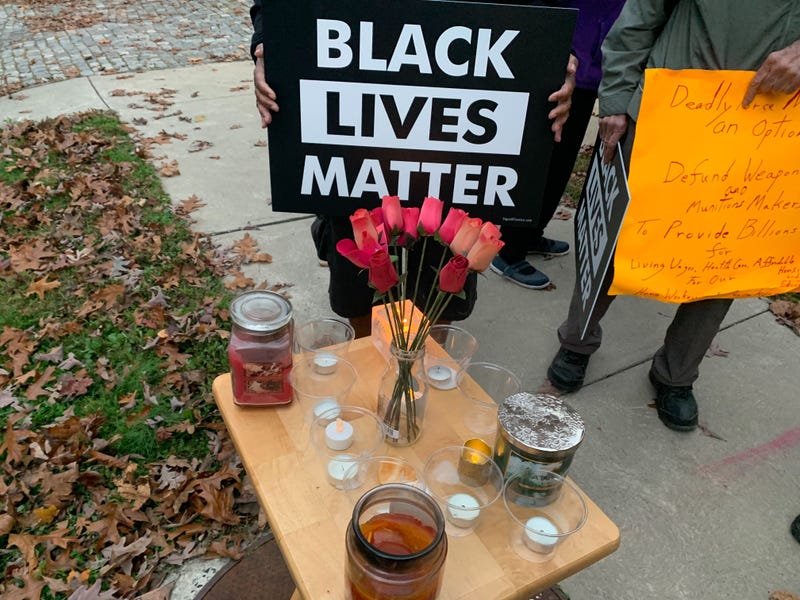 Members of the Unitarian Society of Germantown have stood alongside their church in a peaceful vigil every weekday during afternoon rush hour since June 2. Photo credit Hadas Kuznits/KYW Newsradio

Most members of the church and the vigil are caucasian, but not Dennis Scott, a neighbor who says he was drawn to the group a few months ago.

"Elderly white people, it just fills my heart with joy! It's unbelievable!" Scott said. "We stand here with our signs, and you can wave or put up the peace sign. That's what I do."

Scott says he did a lot of protesting back in the '60s where he lived in North Carolina. Have things changed since then?

"For a minute there, it looked like they were getting better," he said. "Then somebody yanked the rose colored glasses off of me."

Kalyna says it's particularly important for white people to speak out against injustice.

"Because otherwise, silence can be interpreted as complicity," she said.

"And enough is enough! I mean, you would think that some changes would be made. It's just tragic that this man who was mentally ill was gunned down, and his mother was pleading with police to not shoot him."

Participant Celeste Zapala says she stands at the vigil to affirm the Black Lives Matter message.

"Especially on days like this," she said, "when they seem so casually lost."