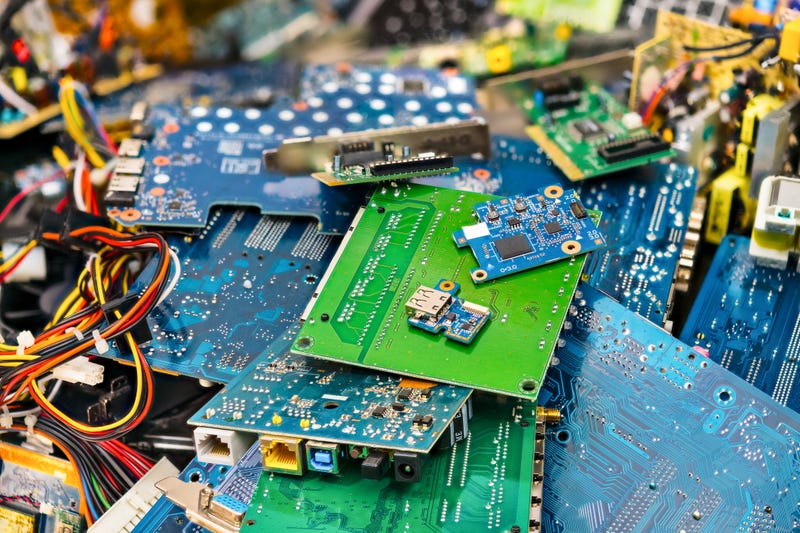 Maurice "Q" Jones co-founded People Advancing Reintegration — Recycle Works
in 2016. As someone who was formerly incarcerated, Jones knew the uphill battle for many leaving prison to find a job.

Jones says the need for recycling of electronics waste is great, and so is the need to recycle these forgotten people.

The company is committed to workforce development by giving former inmates a job. Hundreds of people have come through the program.

"More often than not, this is their first job," Jones said, "and this is a survivor job. We’re like the trampoline, 'cause they go from us and they have an absolutely upward mobility, and an upward trajectory."

PAR strives to help restore the lives of those who were formerly incarcerated by offering them an opportunity for employment. Re-entering citizens have the same capacity of being a productive taxpayer just like everyone else, giving them chances to help create safer communities. pic.twitter.com/kyil0wuCiL

Jones says the work of e-waste recycling is done by hand, and it results in harvesting precious metals that would otherwise be trashed. He says the same can be said of the people his company hires.

"Individuals come to us needing employment firstly. But then there are other barriers that prevent obtaining or maintaining employment, like housing, food insecurity, day care, not having an ID, not having a Social Security card, and so we try to remove or push through these barriers with the participants/employees so they can be successful, because that is our ultimate goal."

PAR-Recycle Works was originally located in Germantown but recently moved to 2024 West Hunting Park Avenue in Nicetown-Tioga. He says it’s a bigger space and helps many people.

"Our successes are based upon the individuals who we serve," he said.

PAR-Recycle Works holds recycling events throughout the year. It will be holding a special "Earth Month" event on April 24 at Chestnut Hill College.