Philadelphia police released a picture of a new person of interest on Wednesday, in addition to the images and video of a third suspect on Tuesday, both wanted in on connection to the mass shooting on South Street last weekend. 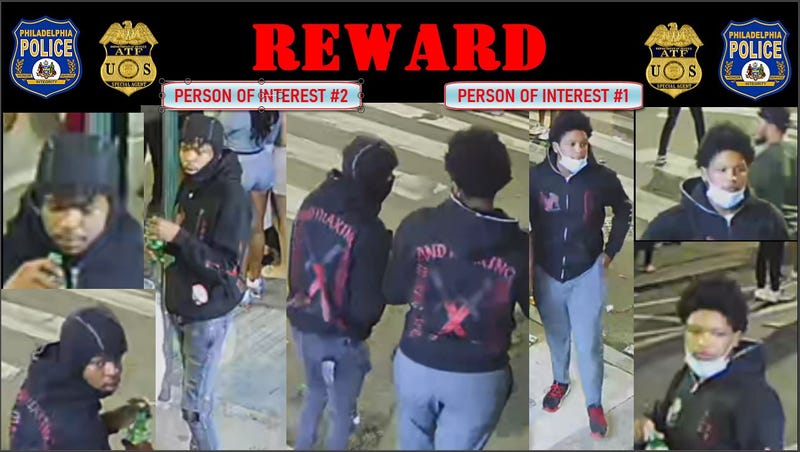 Two suspects wanted in the South Street mass shooting where three people were killed and 11 others were wounded. Photo credit Philadelphia Police Department

PHILADELPHIA (KYW Newsradio) — Philadelphia police have released video and photos of a third suspect wanted in connection with the mass shooting on South Street. They are hoping for tips from the public to help them identify the young man who they believe could be responsible for at least one death.

Anyone with any information on the suspect is asked to call 215-686-TIPS. Police say this person should be considered armed and dangerous.

When a scuffle turned into gunfire at 2nd and South streets on Saturday night, people ran westward. Authorities believe that’s when the young man, possibly a teenager, pointed his weapon down South Street and began to fire.

They believe the suspect may have been the one who fatally hit Alexis Quinn, and they say he may have shot many other people who were injured.

In the video, the suspect, whom police describe as tall and heavyset, walks into a convenience store with a friend. Both are wearing a distinctive black zip-up with red lettering and what appear to be red swords across the back. The suspect can be seen in the video standing on the South Street sidewalk just moments before the chaos erupts. 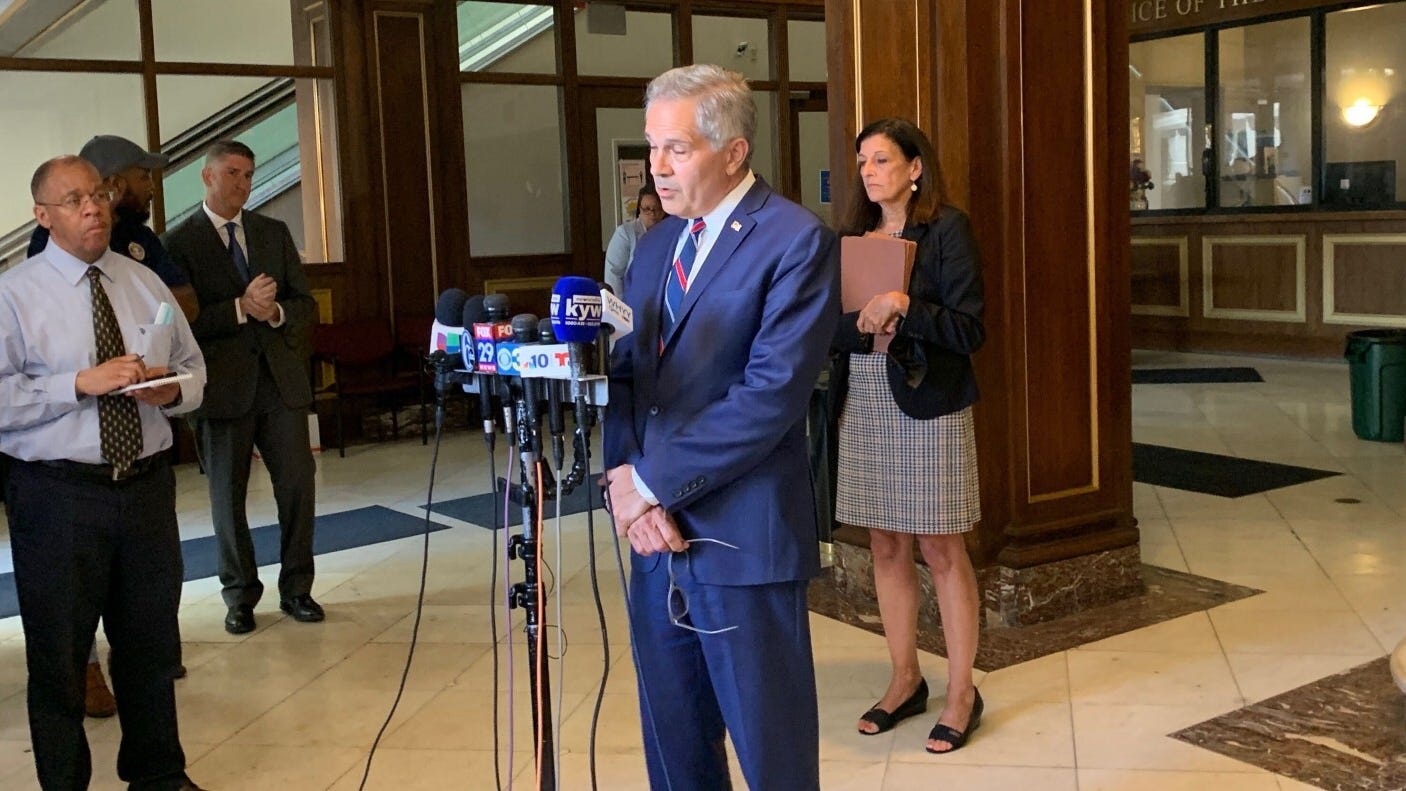 Detectives are still combing through all surveillance and cell phone videos to put together a timeline of events, and they are still working on identifying a fourth shooting suspect.

The City of Philadelphia is offering a reward of $20,000 for information leading to an arrest and conviction for every homicide, and the Bureau of Alcohol, Tobacco, Firearms and Explosives is contributing an additional $10,000 reward for each of the homicides in this investigation.