PHILADELPHIA (KYW Newsradio) — Four people were killed and two others wounded in separate shootings that happened within about a five-hour window across Philadelphia Wednesday night.

The shootings took place between 6 and 11 p.m.

First, police said there was a possible case of self-defense in North Philadelphia. A man shot and killed an armed 27-year-old who confronted him, according to investigators. It happened at North Taney and East Somerset streets. Police said the shooter had a license to carry and is cooperating with the investigation.

Then around 7 p.m., police said a 28-year-old man was shot on Zeralda Street, between Wayne and Pulaski avenues, in Germantown. He later died at the hospital. Police identified him as Nathan Ervin.

A little before 10 p.m., police responded to Torresdale Avenue and Gillingham Street in Frankford for reports of gunshots and a car crash. 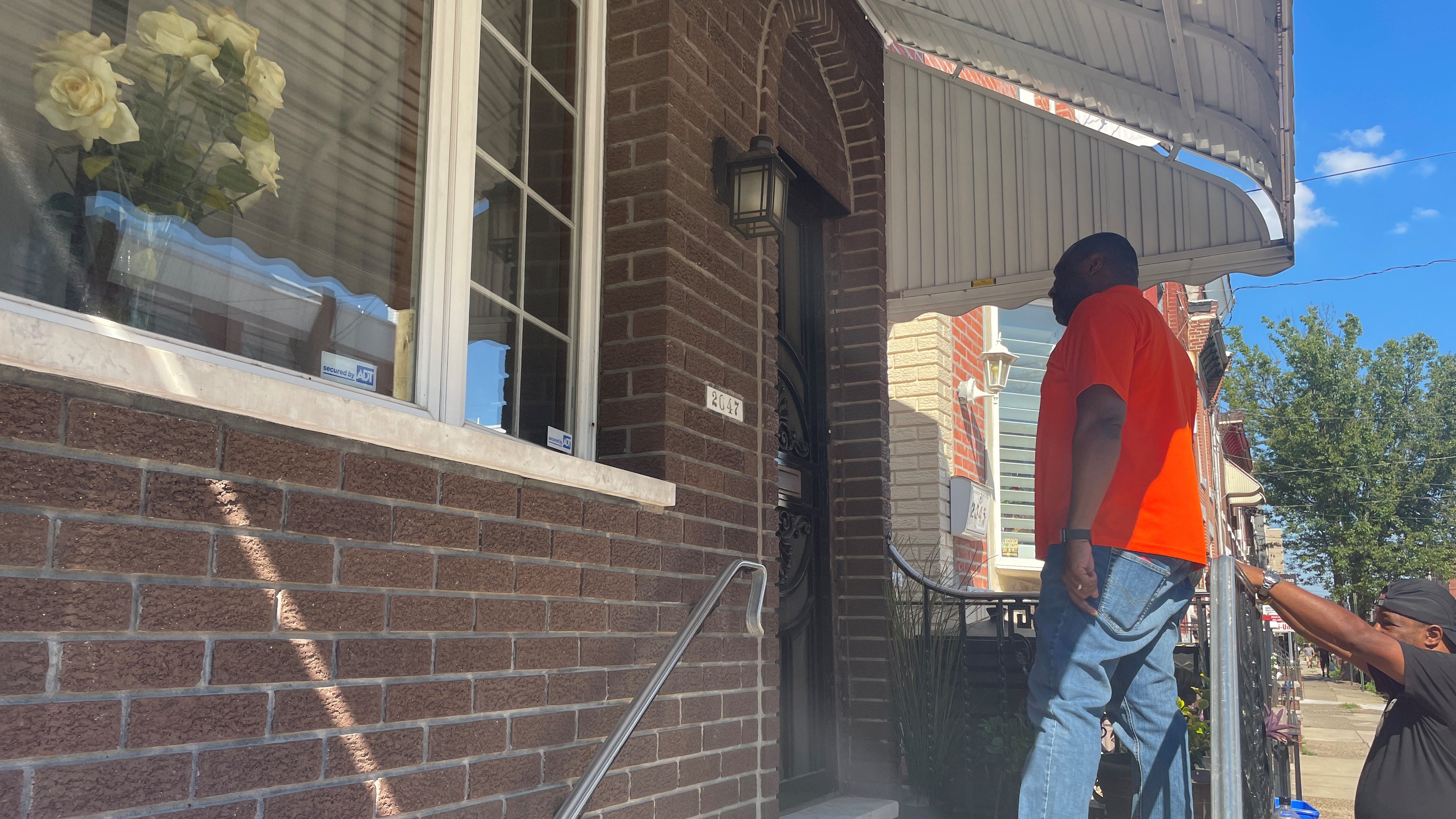 “It appears the passenger inside that vehicle pulled out a gun and shot the driver of the vehicle — while both were still inside the vehicle and the vehicle was still in motion,” said Chief Inspector D.F. Pace. “The driver, having been shot in the head, then lost control of the vehicle and at a high rate of speed, according to witnesses, then crashed into a utility pole.”

Around the same time, police said two men were shot on Rorer Street, close to Allegheny Avenue and near Lewis Elkin Elementary School.

“The ballistic evidence is very close — just a few feet away from this elementary school and elementary school playground,” said Chief Inspector Scott Small, who noted there were no children in the area of the school at the time of the shooting.

A 26-year-old man was hit in the shoulder and died. A 24-year-old survived after he was shot in the leg.

There was also a shooting at a home on Clearfield Street, near Amber Street. A woman in the house told police that a man knocked on the door and asked if a motorcycle parked in front of the house was for sale. She said no, and then, police said, the man tried to shoot the woman, but the gun jammed. 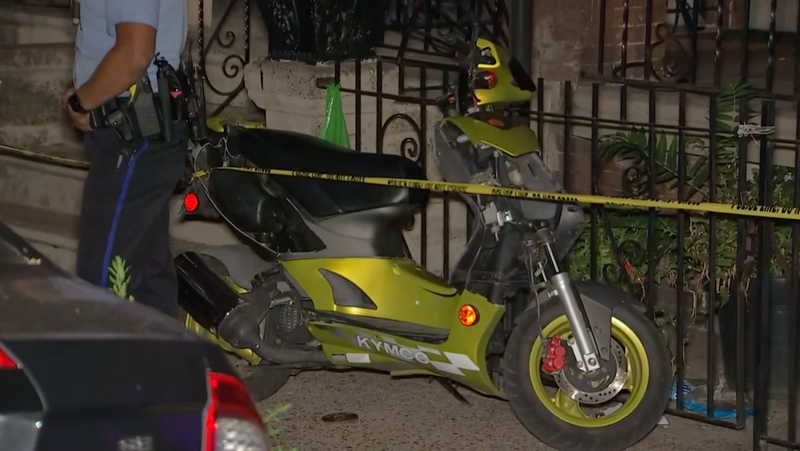 A woman in a house on Clearfield Street told police that a man knocked on the door and asked if a motorcycle parked in front of the house was for sale. She said no, and then the man tried to shoot her. Photo credit NBC10

A 27-year-old man who lives in the house went to help but was shot three times in the face and abdomen by the man who asked about the bike. He is in critical condition.

“There were also two children between the ages of 8 and 14 inside the property, also family members. Luckily, they were not struck by gunfire,” Small said.

There were no arrests for any of the shootings.

As of Thursday morning, Philadelphia police said there were at least 325 homicides so far this year. That is three more than this same time in 2021, which ended up being the deadliest year in the city’s history. 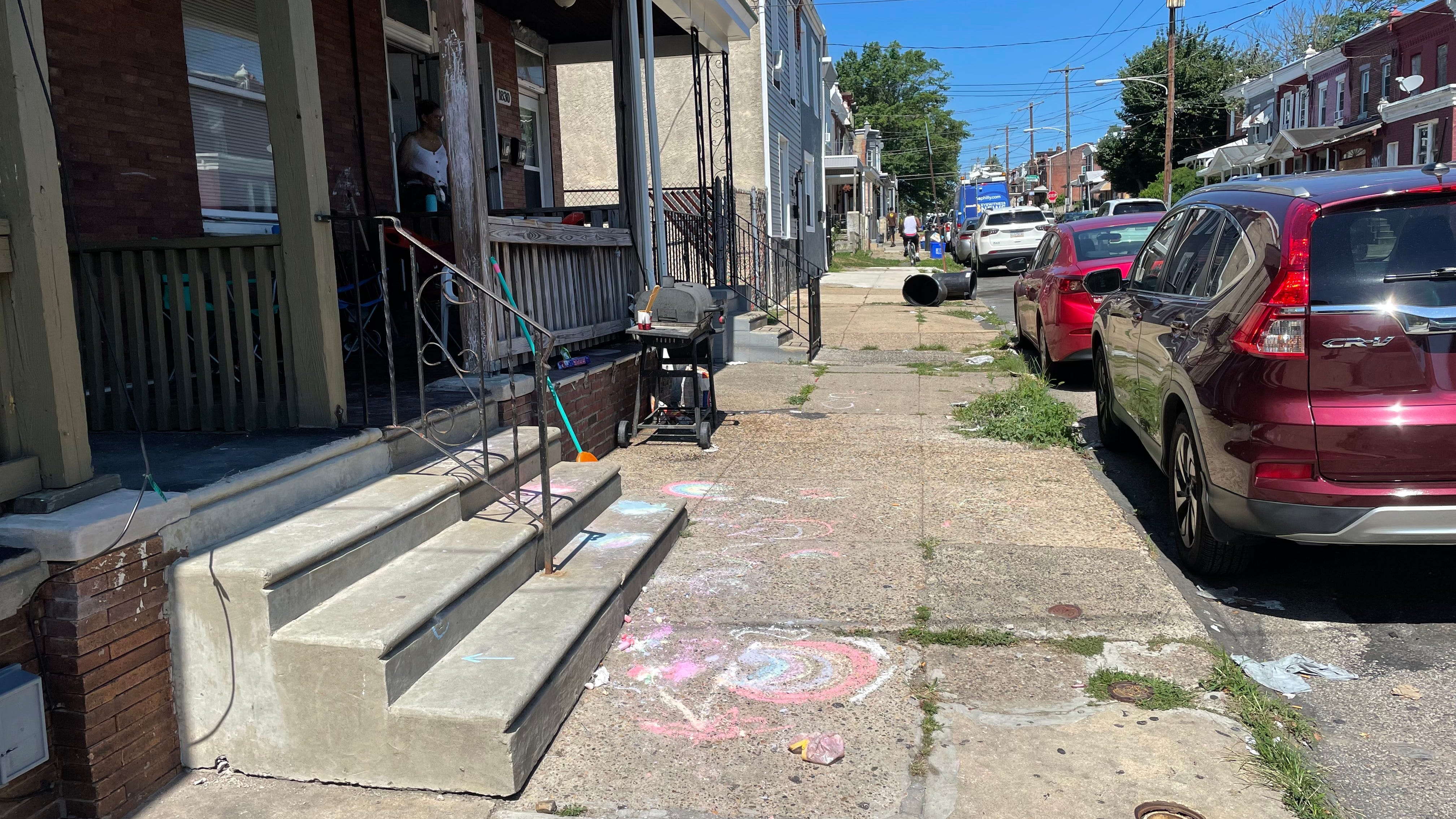