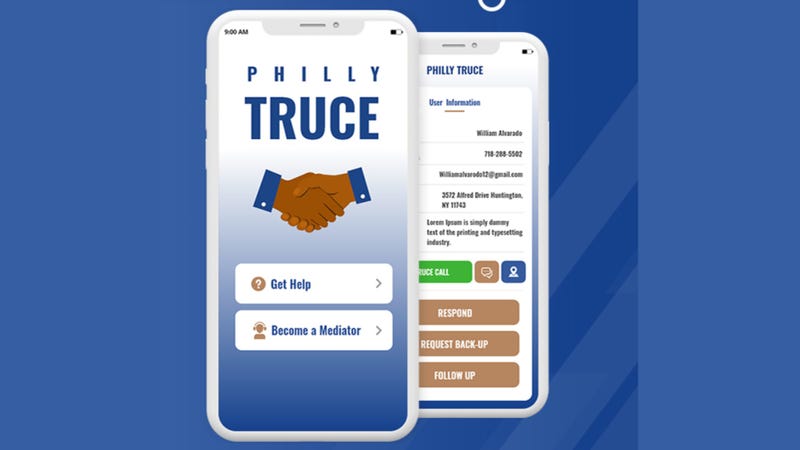 The Philly Truce app allows Philadelphia residents to call for a mediator to help quash a beef before guns are drawn. Photo credit Philly Truce
By Cherri Gregg, KYW Newsradio

PHILADELPHIA (KYW Newsradio) — A coalition of groups is currently recruiting conflict mediators to help curb gun violence. They will use mobile technology to connect trained volunteers to people who need intervention.

The mobile phone app provides two way communication similar to Uber and Lyft. It allows Philadelphia residents to call for a mediator to help quash a beef before guns are drawn.

"This is not 911," says Casher. "We can respond quickly, but we are putting people in the frame of mind: As soon as you know something, let us know."

Casher came up with the idea alongside his William Penn High School class of 1992 classmate Steve Pickens, a Philadelphia firefighter. The two were tired of watching the gun violence plaguing the city on television and social media.

Last year, Philadelphia saw 500 homicides and over 2,200 shootings. To date, in 2021, the city has seen at least 89 homicides and has already experienced hundreds of non-fatal shootings. Last month, a mass shooting at Broad and Olney left eight people injured, including two people over 70 years of age. 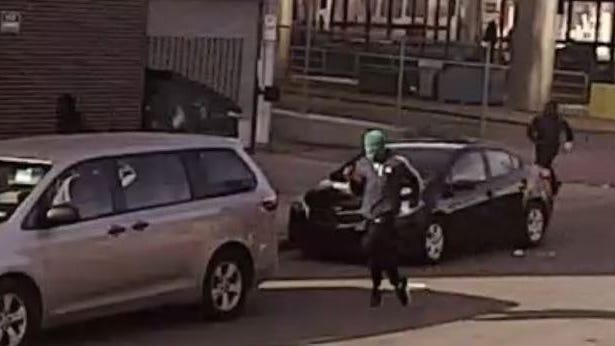 The mayor, district attorney, police commissioner and lawmakers have all promised to step up, but they say reforms are needed to stop the flood of guns on Philadelphia streets.

Casher and Pickens, and those that support them, hope the Philly Truce app will help.

"We’re trying to help overcome the culture of 'We don’t talk to police,'" says Casher. "So, we not the police, and we are not affiliated with the police. We are your brothers and sisters who want to see youth live to the age of good decision making." 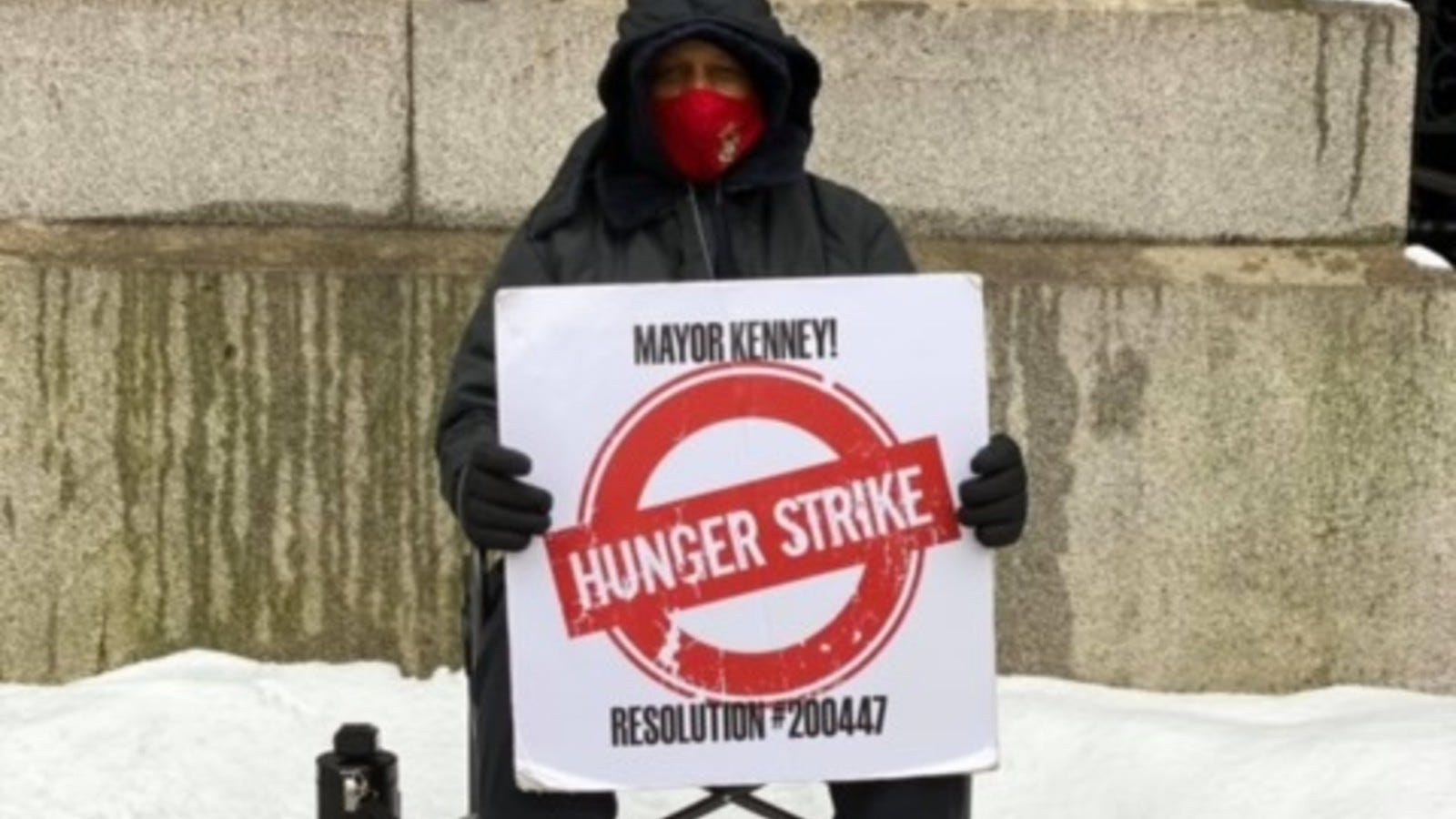 Philadelphia City Councilmember Kenyatta Johnson says he supports the effort behind the app.

"These mediators will intervene in the social media beefs, the neighborhood beefs, before they escalate," says Johnson, chair of Council’s Special Committee on Gun Violence Prevention.

Johnson says he is open to ideas that provide a community solution to gun violence.

"It’s a crisis out here. We need all hands on deck."

Philly Truce will hold its first of eight mediator trainings this weekend. They are looking for a few good men and women to volunteer to do conflict resolution and help staff the app's response team.

"We need people who are willing to listen and be non-judgmental," says Casher.

Black Male Community Council of Philadelphia will provide the training under the direction of Rev. Harrod Emmanuel Clay, Jr., a Glassboro, N.J., pastor certified as a federal mediator, and administrator of mental health first aid. George Mosee, executive director of Philadelphia Anti-Drug/Anti-Violence Network, will enroll a substantial contingent of his full-time employees in this inaugural mediator training session, as well.

The Philly Truce app is scheduled to launch on May 1 and will be available for iPhone and Android phones.

CORRECTION: In a previous version of this story, Mazzie Casher's name was misspelled.