On Wednesday, Sept. 28, 2022, investigators found the SUV that sources say may have been used by the gunmen in the shooting outside Roxborough High School on Tuesday. It was located at a parking lot at 61st Street and Passyunk Avenue in Southwest Philadelphia. Photo credit NBC10
By Tim Jimenez, KYW Newsradio

PHILADELPHIA (KYW Newsradio) — Investigators found the SUV that sources say may have been used in the shooting outside Roxborough High School on Tuesday, which left a teenage boy dead and four others wounded.

The SUV was discovered at a parking lot at 61st Street and Passyunk Avenue in Southwest Philadelphia Wednesday night. It was towed away for the investigation. Police have yet to release information about who the SUV is registered to and how they learned about its location.

Hours earlier on Wednesday, police released surveillance video of the shooting, which took place after a football scrimmage. Homicide Capt. Jason Smith said a light-colored Ford Explorer was parked at the corner of Pechin and Gates streets for about six minutes before the gunmen jumped out.

“As the victims are walking by on the opposite side of the street on the way to the locker room, five individuals are observed exiting the SUV and immediately opening fire,” Smith said.

Dozens of shots were fired, and the five victims were hit. Police said four of the shooters went back into the SUV, but one chased after one of the victims and kept shooting.

“The victim is ultimately struck by one of the offender’s bullets and he collapses on the sidewalk. The shooter runs up to the victim, as he lay helpless on the ground, stands over top of him and continues firing,” Smith said, adding that the the shooter only stopped because he ran out of bullets.

The victim who was killed was identified as 14-year-old Nicolas Elizalde of Havertown. He was a student at nearby Saul High School but played for the Roxborough football team.

Police do not believe Elizalde was targeted, but one of the other victims was. The other victims, who range in age between 14 and 17 years old, are all recovering.

There’s a small memorial by the shooting scene outside Roxborough HS where Nicholas Elizalde, 14, was killed and four other teens were wounded on Tuesday. Police are still searching for the shooters but sources say, in SW Philly, they found the SUV that may have been used. pic.twitter.com/yRNj5rSg8y

A memorial was constructed at the site of the shooting with candles, flowers, a football and a football-shaped balloon Thursday morning. The violence has shaken students, teachers, community members and leaders.

“To be here not celebrating a graduation, not celebrating an amazing school project but talking about a homicide — this shouldn’t happen. It doesn’t have to happen,” said state Rep. Malcolm Kenyatta (D-Philadelphia), a Roxborough High alum. “Put down the damn guns. Stop it.”

A reward for information leading to an arrest and conviction in this case is currently at $45,000. 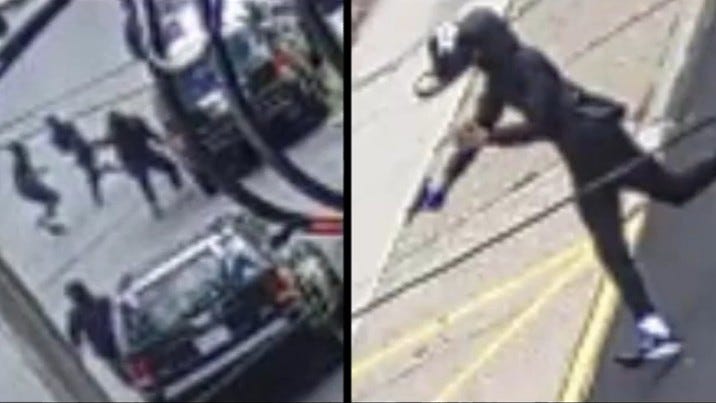 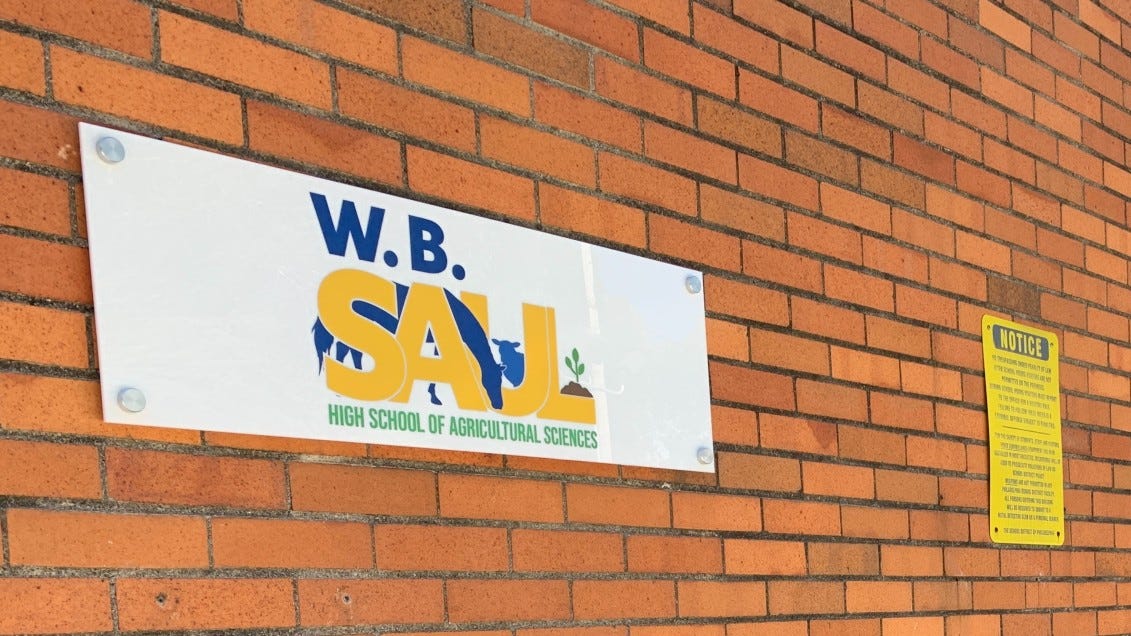