PHILADELPHIA (KYW Newsradio) — A chaotic scene unfolded Monday night near the Philadelphia Museum of Art when gunfire broke out at the beginning of the Fourth of July fireworks display.

Two uniformed police officers were shot while standing on the sidewalk at the base of the museum, one with a graze wound to the head and the other with a gunshot wound to the shoulder.

They were taken to Jefferson University Hospital, where they were both treated and released.

One of the injured officers is Sergio Diggs, a 36-year-old highway patrol officer from Philadelphia. The other is John Foster, a 44-year-old sheriff's deputy from the Montgomery County Sheriff's Office bomb squad unit. 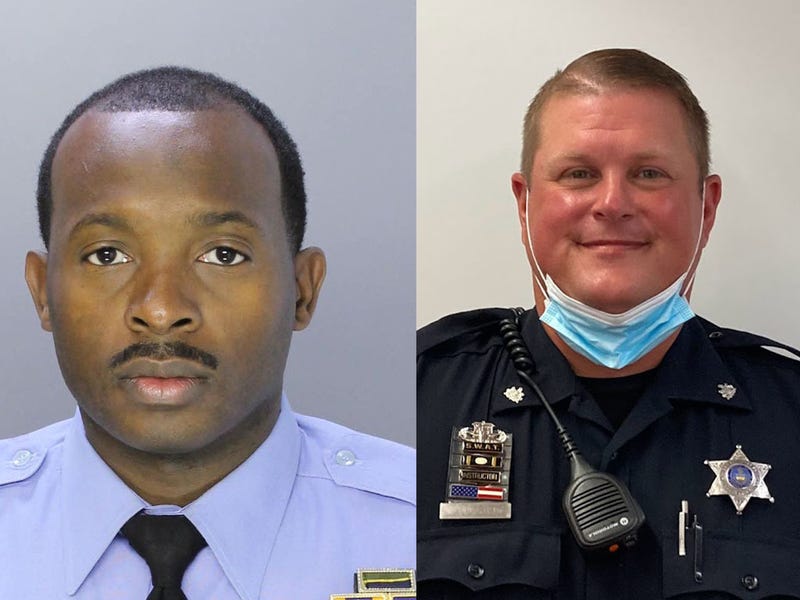 Early Tuesday, Philadelphia Police Commissioner Danielle Outlaw and Mayor Jim Kenney spoke outside of Jefferson University Hospital. Outlaw said no suspects had been arrested but that police are following a number of leads.

"What really could have been a catastrophic scene wasn't today, so I'm grateful for that and I'm grateful for our personnel who were out there to get everyone else out of there safely," Outlaw said.

She asked anyone with information, photos, videos or anything to come forward.

In the aftermath of the shooting, Kenney admitted he worries often about large-scale events in the city, so he's looking forward to the day when he no longer has to.

“I’m waiting for something bad to happen all the time,” he said, “so I’ll be happy when I’m not here, when I’m not mayor, and I can enjoy some stuff.”

"The one officer from highway patrol, who has a head wound, it was lucky because it hit his hat. Very lucky," McNesby said of Diggs' injury.

Also in the hat: a funeral mass card for a recently fallen police chaplain.

“Father Steve [Wetzel] has always supported and counseled our officers over the years and even now he’s still working miracles for our heroes,” he added.

FOP Pres John McNesby says the officers are doing well. He shared this picture of a bullet lodged in the hat of the highway patrol officer who was grazed in the head. @KYWNewsradio pic.twitter.com/XS6sLO3Uwf

McNesby said in a statement the police union is offering a $20,000 reward for information leading to an arrest in this shooting.

Police are continuing to search the scene for the suspect responsible. The investigation is active and ongoing.

After the early morning presser, Kenney tweeted more of a response, continuing his call for more gun control measures from Harrisburg.

"We will continue to do everything we can to combat our city’s gun violence–including taking a record number of guns off the streets–but we are fighting an uphill battle. We are pleading with lawmakers to help us stop the flow of guns into our city," he wrote.

Tonight’s shooting on the Parkway is a truly horrific incident for our city. I’m deeply grateful that the two officers were not gravely injured, and they have been treated and released from the hospital. 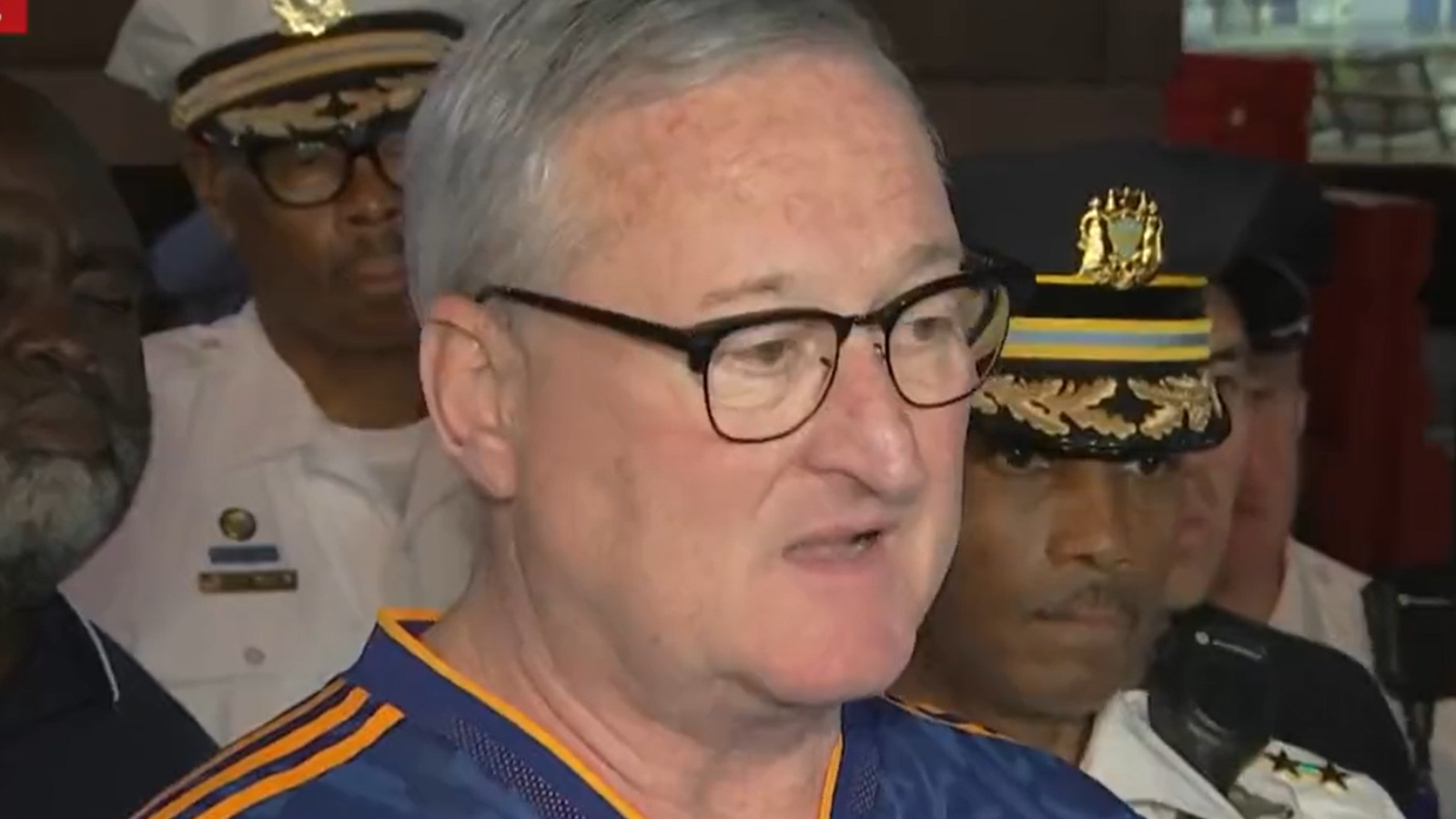 Aftermath on the Parkway

On Tuesday morning, the scene on the Parkway showed signs of the evening chaos.

Folding chairs were knocked over. Baby strollers, shoes, backpacks and coolers were strewn about.

Leftover stroller and chairs knocked over this morning on the Parkway. @KYWNewsradio pic.twitter.com/JSqNpjFF0n

NBC10: Here's how to recover items left on Parkway after July 4 shooting

Matt Higgins, who lives at Park Towne Place across the street from the Parkway, relived the experience. He was watching the fireworks from the property when he saw two different rushes of people.

“You heard people screaming. You heard someone yell ‘guns.’ No one was overly panicked, but everyone was definitely running around,” he said.

Zach Wiest, who was staying at Park Towne last night, said he still feels safe in Philadelphia among the rise in gun crime, but he’s disgusted by the status quo.

“This why we can’t have nice things,” he said. “You’re always worried about someone doing something crazy. I think we can do a lot better as people here.”

Standing on the parkway, District Attorney Larry Krasner added his reaction Tuesday in a video posted to social media.

“The trauma that law enforcement and civilians felt should not be lost in the coverage of this incident,” he said.

Welcome America, Inc., the organizer of the fireworks on the Parkway, shared a statement Tuesday thanking first responders for their presence during all 16 days of their annual event.