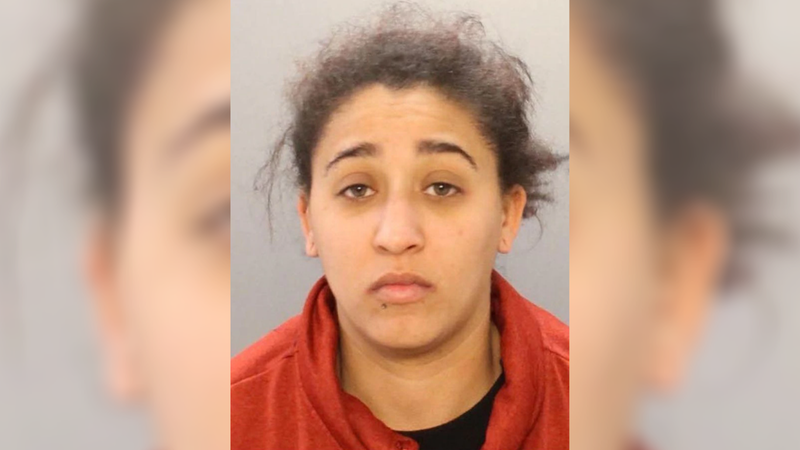 Kayla Garforth, 29, is accused of setting a Philadelphia man’s body on fire after her wife allegedly stabbed him to death in 2017. She has pleaded guilty to her part in the crime. Photo credit Philadelphia Police Department
By Kristen Johanson, KYW Newsradio 1060

PHILADELPHIA (KYW Newsradio) — A woman, who is accused of setting a Philadelphia man’s body on fire after her wife allegedly stabbed him to death, has admitted to her part in the crime.

Kayla Garforth, 29, pleaded guilty to arson, conspiracy, burglary and tampering with evidence charges in the death of 29-year-old Rephael Brandon Swan, whose charred remains were found in the early morning hours of Sept. 9, 2017.

During the plea hearing before Criminal Courts Judge Lillian Ransom, prosecutors said Garforth and her wife, 26-year-old Cheyenne Hurt, met Swan through social media, and the trio began to have an intimate relationship.

They say one night, as the three were using drugs, Hurt got on top of Swan, whose hands were bound with a belt. She then stabbed him throughout his body, including his head, chest and groin area, almost decapitating him.

Prosecutors say Swan screamed, “Why are you doing this to me?” They say Hurt told Garforth she had an adrenal rush following the stabbing.

The two, prosecutors allege, got rid of their bloody clothes in a nearby dumpster and creek. Three days later, they went back to Swan’s home, covered him with a comforter, and set his body on fire.

Garforth is expected to be sentenced in January and could spend 87 years in prison.

Officials have not offered a plea deal in the case, but they dropped murder charges against Garforth and accuse Hurt of being the killer.

Hurt was also charged in the murder and has a trial set for June 2021.