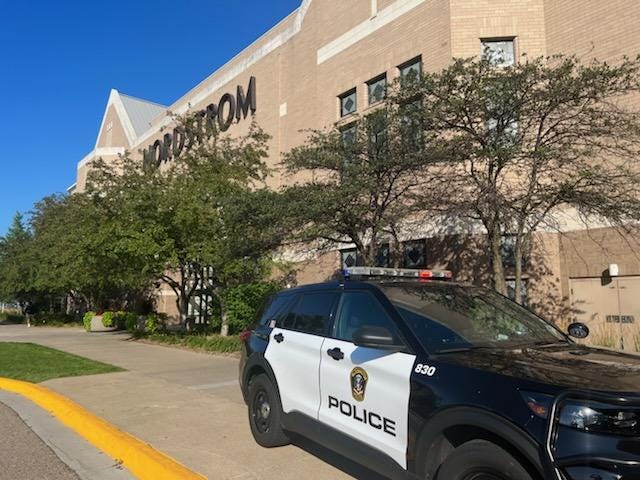 Bloomington police have confirmed that there were shots fired at the Mall of America, police are responding on the scene, and the mall was on lockdown for part of Thursday afternoon.

The Mall of America and Police have confirmed the mall will close after people are evacuated.

Updated 5:45 p.m. CST - Bloomington Police have now confirmed they have secured the Mall and are now in the process they are interviewing witnesses. They add that the victim has fled the Mall on foot. The Mall is in the process now of lifting the lockdown and letting people out. WCCO's Paul Hodowanic confirms people are now being allowed to leave the Mall.

Updated 5 p.m. CST — Video from inside the mall appears to show a man in front of the Nike store yelling at someone before a series of gun shots are heard and the video cuts off.

Bloomington police have reported they are on scene and will update when information becomes available.

Mall of America tweeted out that those at the mall should remain in a the closest secure space to them until the lockdown is lifted.

Mall of America is currently under lockdown. There is a confirmed isolated incident in a tenant space. Please remain in the closest secure location until the lockdown has been lifted. Please stay tuned for additional updates.

Updated 4:45 p.m. CST — No further information has been reported at this time, and it is unknown if anyone was injured.

We are currently working an active incident inside Mall of America on the northwest side. Numerous officers are on scene. We will update when we have more information.

Video has appeared online showing crowds of people running as announcers over the malls PA informing shoppers to take shelter.

This is a developing story that will be updated as more information becomes available.