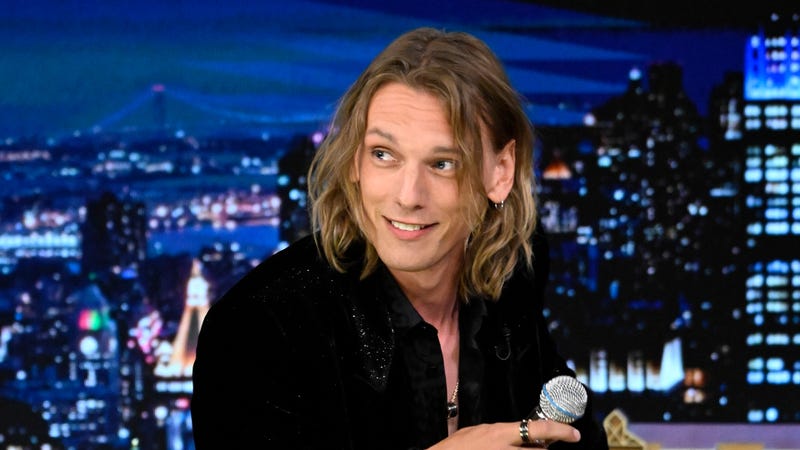 Here’s an answer to a question you never thought to ask… What does Vecna sound like when he’s singing Lizzo lyrics? That’s right, Vecna may be busy terrorizing Eleven and the gang in Hawkins, Indiana, but over here in the real world, thanks to Jimmy Fallon’s curiosity, we get to find out.

Revealing his monster makeup is “about 90 percent real,” and that “it takes about eight hours to put the whole thing on.”

As for the voice, "it took a few months to get the voice right," said Campbell Bower, noting that he got the role of Season 4's main antagonist two months before the first read through in March 2020.

"I was there at the table read with everyone, I sat behind Millie, and I was doing the voice. It started in this very nasally area, kind of more like Freddie Krueger, and it just wasn't landing. So I went home and worked on it, did a bunch of reference work on like, Hellraiser and Doug Bradley particularly. And it said that, you know, this deep, booming voice kind of comes out of the darkness."

In addition to those fun facts, Bower also got into character reciting a series of phrases as Vecna, that let’s just say, the ominous villain would never actually utter, and the results were hilariously terrifying. These phrases included the big romantic speech from Notting Hill, asking Titanic’s Jack to draw him like one of his French girls?, and of course a menacing rendition of Lizzo’s “About Damn Time,” among a few others.

Watch Bower get goofy as Vecna below.