The Bruins had one extra player available going into Thursday night’s 2-0 win over the Predators. They may have no spares for Saturday’s game against the two-time defending champion Lightning.

Early in the second period, defenseman Jakub Zboril took a hard hit from Nashville’s Tanner Jeannot and crumpled to the ice after his right leg went awkwardly into the boards. He needed help getting off the ice and did not return to the game.

After the game, Joe Sacco -- himself filling in for Bruce Cassidy, who remains sidelined with COVID-19 -- said there was no update on Zboril and that he didn’t know if he would be able to play Saturday. The Bruins are off Friday, so there won’t be any further update until Saturday. Based on how Zboril looked leaving the ice, though, it would be pretty surprising if he’s ready to go.

Does not look good for Jakub Zboril. Heartbreaking pic.twitter.com/wB9uVSNFl6

First and foremost, it’s a devastating injury for Zboril if it turns out to be anything longer-term. The 24-year-old has been playing the best hockey of his career over the last few weeks and was really starting to establish himself as a consistent contributor and NHL regular.

Secondly, it’s a blow to the Bruins’ defense. While no one’s going to mistake Zboril for Charlie McAvoy in terms of importance, he had stepped in and provided a consistency that other Bruins defensemen hadn’t been able to through the first month-plus of the season.

If Zboril is out, Connor Clifton will re-enter the lineup for the first time since Nov. 14. We know that because the Bruins have literally no other options. They have seven defensemen on the NHL roster right now, and they cannot call anyone up because the Providence Bruins remain locked down at least through the weekend due to a COVID-19 outbreak.

The Bruins were already maxed out up front as well. With Brad Marchand suspended (Saturday will be the final game of his three-game ban) and Anton Blidh injured (there hasn’t been any timeline for his return yet), they have had exactly 12 forwards available this week.

To their credit, both of them played key roles in Thursday’s win. DeBrusk scored the first goal of the game on a great shot over Juuse Saros’ blocker, with Haula driving the net to open up some space. Then Haula set up Brandon Carlo for the Bruins’ second goal.

The Bruins will need more contributions like that from their depth forwards if they’re going to have a chance against Tampa Bay, and now they’re likely going to need Clifton and other defensemen to step up and help replace Zboril, too. Another great goaltending performance like the one Swayman turned in on Thursday would be a big plus, too.

The Lightning are not full-strength themselves, as both Nikita Kucherov and Brayden Point are out injured. But there’s still Steven Stamkos, Victor Hedman, Andrei Vasilevskiy and many others who have played key roles in their back-to-back Stanley Cups. They’re still a team that has won seven of their last 10 and they're still ahead of Boston in the standings.

This is still a measuring stick game coming up on Saturday, and it might be the biggest challenge yet for the Bruins’ depth. 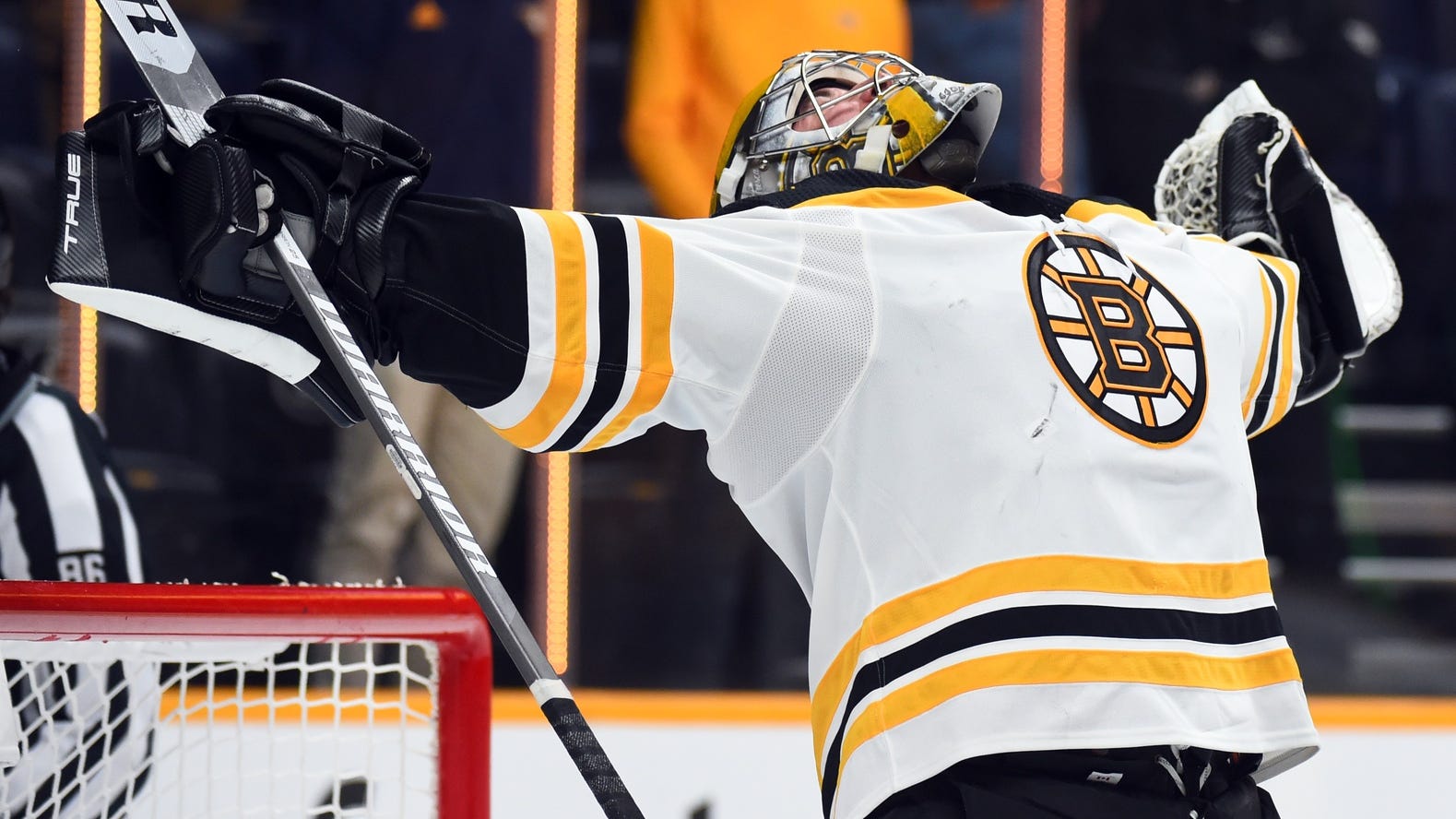 This is the Jeremy Swayman the Bruins have been waiting for