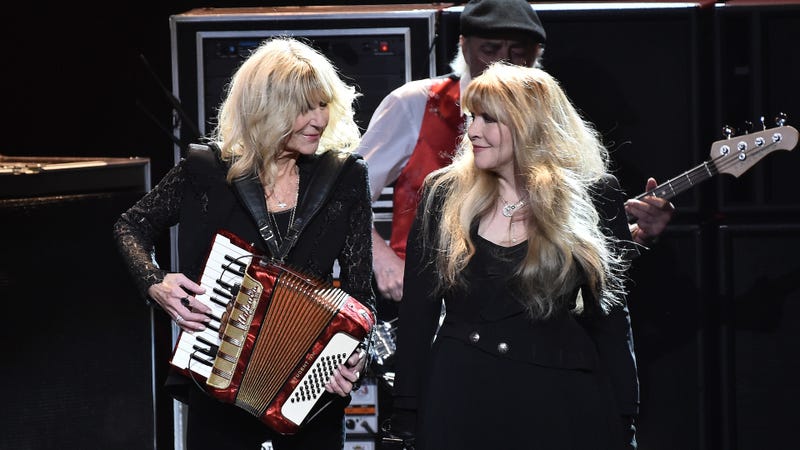 Fleetwood Mac and fans are mourning the loss of co-vocalist, keyboardist, and songwriter, Christine McVie, who passed at the age of 79 this week.

Following the news of McVie’s sudden passing, several have taken to social media to pay tribute to the musician, including fellow bandmate and best friend, Stevie Nicks.

Nicks posted a touching, handwritten letter honoring McVie that quoted lyrics to HAIM’s “Hallelujah” and thanked her for being a best friend since the very beginning.

In the letter, Nicks revealed she was not aware of McVie’s illness until late Saturday (11/26), just days before McVie’s passing. Nicks expressed she had a strong desire to go visit her friend in London when she heard the news, but was told  to “wait.”

“I wanted to get to London — but we were told to wait,” she said before using the “Hallelujah” lyrics to express her emotions.

McVie’s family revealed her passing with a statement that informed fans she died peacefully on the morning of November 30 following a “short illness.”

"She passed away peacefully at hospital this morning, Wednesday, November 30th 2022, following a short illness,” the statement reads. “She was in the company of her family.”

Shortly after her family released a statement, Fleetwood Mac took to social media with a statement of their own confirming McVie’s death while honoring her legacy calling her “one-of-a-kind, special and talented beyond measure.”

Check out some of the additional tributes that came pouring in for McVie below:

Gutted to learn about the passing of Christine McVie. Just gutted.
Songbird forever. 🩸

I am so sad to hear of Christine McVie going on to heaven. The world feels weird without her here. What a legend and an icon and an amazing human being. RIP https://t.co/nr6nfZ8rTM

I’m saddened by the passing of Christine McVie. “Don’t Stop” was my ’92 campaign theme song - it perfectly captured the mood of a nation eager for better days. I’m grateful to Christine & Fleetwood Mac for entrusting us with such a meaningful song. I will miss her. pic.twitter.com/UPUvpDWRZB

So so sad to hear about Christine McVie an artist I held dear and close to my heart. One of the greatest all time songwriters, singers, and band members, she radiated both purity and sass in equal measure, bringing light to the music of the 70s. RIP. - John pic.twitter.com/MkGqAD1wRV

RIP Christine McVie. Thanks for the music ❤️

"Sad to hear of the passing of Christine McVie .. a truly talented writer whose contribution to Rumours alone stands her head and shoulders above most.
-Joe Elliott
(1/2) pic.twitter.com/ZzPT8VK0r3