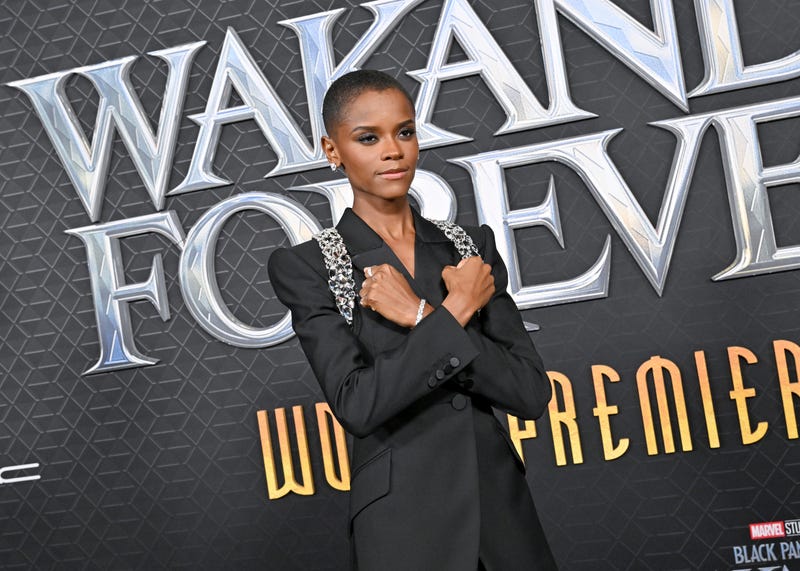 o   “Black Panther: Wakanda Forever” had a huge weekend in the box office, earning an estimated $180 million in North America.

o   It represents one of the best premieres of the year and makes the superhero film the highest-grossing debut ever for the month of November.

o   The original record belonged to “The Hunger Games: Catching Fire,” which made $158 million in November 2013.

o   The Las Vegas Raiders lost again yesterday and their quarterback has had enough.

o   He became emotional after the team lost their fourth-quarter lead in a 25-20 loss to the Indianapolis Colts.

o   After the game, Carr said, ““I can’t speak for everybody, I know where I stand - I love the Silver and Black. I’m going to give it everything I can every time I go out there. And I can’t speak for everybody, for every man what’s going on in their head, but I can tell you what’s going on in my head and I’m going to give it all that I can every single time.”

o  He also said, “I’m sorry for being emotional, I’m just (ticked) off. But some of the things that a lot of us try and do just to practice, what we put our bodies through just to sleep at night, and for that to be the result of all that effort, it (ticks) me off.

#Raiders QB Derek Carr got really emotional in his postgame press conference talking about how tough this season has been. pic.twitter.com/QxpX8HyOjW

o   The Raiders are now 2-7, the second-worst record in the NFL.

o   You can start your week off right with free coffee from Dunkin!

o   They are bringing back Free Coffee Mondays for Dunkin’ Rewards members during the month of November.

o   During Free Coffee Mondays, members will get a free medium hot or iced coffee with any purchase on Mondays through November 28, 2022.

o   If you’re not already a Dunkin’ Rewards member, you can create an account via the Dunkin’ app or visit dunkinrewards.com and start earning points towards free food and drinks as part of your free membership.