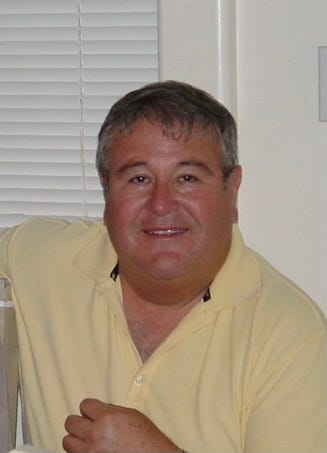 UPDATE: We found one of the 7 passengers! Her name is Joyce and Mercedes talks about what it was like that dayJoyce met Mercedes' dad and the van ride to Denver on 9.11

---
In honor of 9/11 we are looking for 7 strangers who Mercedes' dad helped get from Omaha, Nebraska to their homes in Denver on September 11, 2001. See below for the full story. #NeverForget

On September 11th, 2001 my dad caught a flight in Ohio to fly home to Denver. He was there on business and was anxious to get home to see his family. (1/11)

Tweet in full: Did my dad help you on September 11, 2001? If so, I'm trying to find you. (a thread) On September 11th, 2001 my dad caught a flight in Ohio to fly home to Denver. He was there on business and was anxious to get home to see his family.

Shortly after takeoff, the pilot announced that the flight was being grounded. There was a breach of security and they had to land at the nearest airport. That airport was in Omaha. The pilot said he was hoping to have more information for the passengers when they landed.

My dad knew something was wrong, so as soon as he got cell service, he called one of the rental car companies and asked to rent the biggest van they had. At this point they were still in the air.

When he deplaned and heard what was happening, he made his way to either Avis or Hertz (we aren't sure which one he called), got the van, parked, and went back to the terminal. He found a cardboard box by a trashcan and asked to borrow a sharpie from a ticket agent.

He made a sign out of the box that said "GOING TO DENVER" on it. People started approaching him asking if he was going that way. He said yes, he rented a van and he would be able to take 7 people with him. Word started to get around.

He found 7 strangers, all scared (so was he), that just wanted to get home to their families.The 8 of them hopped in and my dad drove them from Omaha to Denver. When they got to the metro area, he drove every single person to their home.

If you know the Denver area, it's big. There are many suburbs in the area. But each one got front door service.
They all offered to pay him for the cost of the van. He wouldn't accept it.
They offered him gas money. He didn't take it.

To him, seeing those people make it to their families when the country was being attacked was the only thing that mattered to him. Many of those people kept in touch with him for several years after 9/11/01. It warmed his heart. We were so proud of him. We still are.

My dad died from brain cancer on July 24, 2016. I often wonder if those people still remember him. I wonder if on the 20th anniversary of that day, will they think of him for a split second when they reflect on where they were?

I know social media is powerful and I'm really hoping this tweet finds those people. I'd love to hear about that drive. His name is Emilio. And I know there were so many heroes that day. I am grateful for each and every one. My dad has and always will be my hero.

And I do believe my dad was a hero to 7 people that needed to get to their families in Denver on September 11th, 2001. If you were one of them, please email me at mercedes@mix941.fm.

Mercedes in the Morning speaks about Mercedes' dad helping 7 strangers in 9-11-2001: