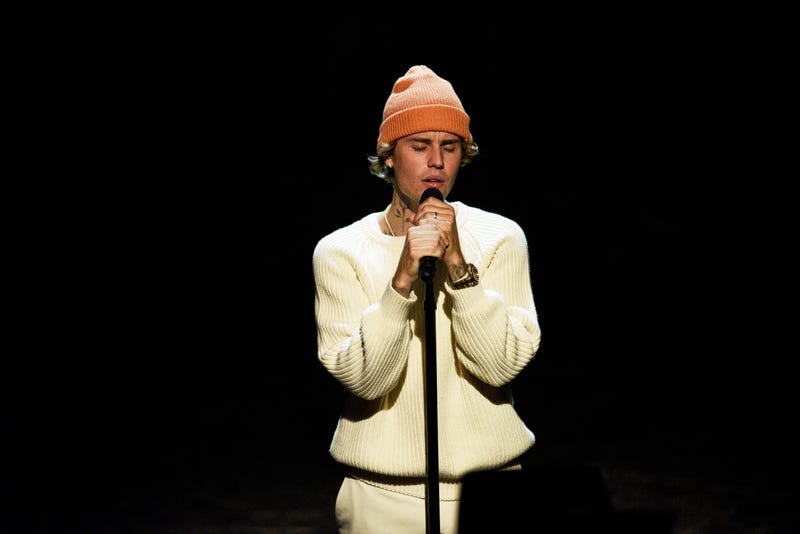 o   TMZ is reporting that Justin Bieber is performing at Takeoff's memorial service this week.

o   Sources say he is set to hit the stage Friday at the State Farm Arena in Atlanta.

o   Justin has collaborated with Migos in the past on tracks like "What You See" and "Looking for You" plus another couple with Quavo.

o   His specific performance is being kept a secret so far and at the memorial, all phones are going to be confiscated from anyone attending.

o   Takeoff was shot and killed last week in Houston after a dustup over a dice game.

o   There've been people of interest ID'd by cops, but no arrests have been made.

o   Reilly Smith scored his second goal of the game 23 seconds into overtime and the Vegas Golden Knights beat the Toronto Maple Leafs 4-3.

o   Jack Eichel and Nicolas Roy also scored for Vegas, which has won 12 of 14 this season.

o   The VGK are at Buffalo on Thursday night in the finale of a five-game trip.

o   The pickle brand is selling a new scented candle that smells like dill pickles.

o   It also looks exactly like one of their jars so you can't even tell it's a candle unless you look closely.

o   They did it for National Pickle Day, which is November 14th and they don't go on sale until then.

o   They are available for pre-order.

o   You can sign up to be notified when they're in stock at ShopRyanPorter.com.  They cost $29 and are expected to ship around the middle of the month