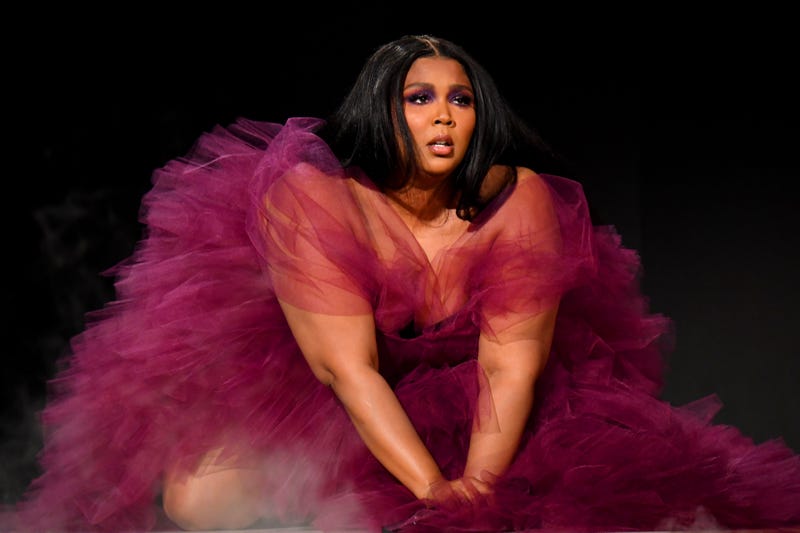 o    The singer made one fan feel so special!

o    In October, Aurielle Marie made a TikTok about how it’s been difficult to find a look that was “big b**** and red carpet-ready” for Out magazine’s upcoming Out100 Gala.

o    She landed a spot on the list and she addressed Lizzo in the video asking if she could wear the Giambattista Valli Haute Couture gown Lizzo wore on the Emmys red carpet this year.

o    This week she posted a follow-up saying that Lizzo had sent her a designer dress similar to the one she wore on TV’s biggest night — the very Dauxilly gown she wore onstage while performing “Jerome” at the 2019 AMAs, in fact.

o    She captioned the video saying “i might’ve gotten a few tears on your dress @lizzo, my bad babe! Words dont suffice and thank you isnt enough.
But THANK YOU! I’m speechless. Y’all! A bitch is certified LIZZO SIZED!!!!!! And LOOK AT THIS GOWN! @Out Magazine here i come!”

o    With last year's Black Friday sales drawing 66.5 million Americans to shop in person and 88 million to shop online, WalletHub has released its report on 2022's Best Places to Shop on Black Friday.

o    They surveyed nearly 4,000 deals from 16 of the biggest U.S. retailers' 2022 Black Friday ad scans to identify the stores offering the biggest discounts in various product categories such as "Appliances," "Jewelry" and "Toys."

o    JCPenney has the highest overall discount rate at 64.71 percent, whereas Costco has the lowest at 16.80 percent.

o    The overall average discount for Black Friday is 37 percent. Consumers should aim for this discount amount or higher to avoid Black-Friday traps.

o    The top 5 stores with the best discounts are JCPenney, Belk, Macy’s, Office Depot and Kohl’s.

o    Most people only know about figgy pudding because of the song "We Wish You a Merry Christmas.”

o    But now's your chance to see what it's all about because the makers of SPAM are selling their own version for the holidays.

o    Two-packs of SPAM Figgy Pudding are available for a limited time on Amazon for $10, or Walmart.com for a little more.

o    It's not REAL figgy pudding though.  It's a much more meat-forward version.

o    The top ingredient is still pork, so it's figgy pudding-FLAVORED, but not the actual dessert.

o    The last holiday flavor SPAM came up with was surprisingly popular.  Back in 2019, their pumpkin spice version sold out instantly.