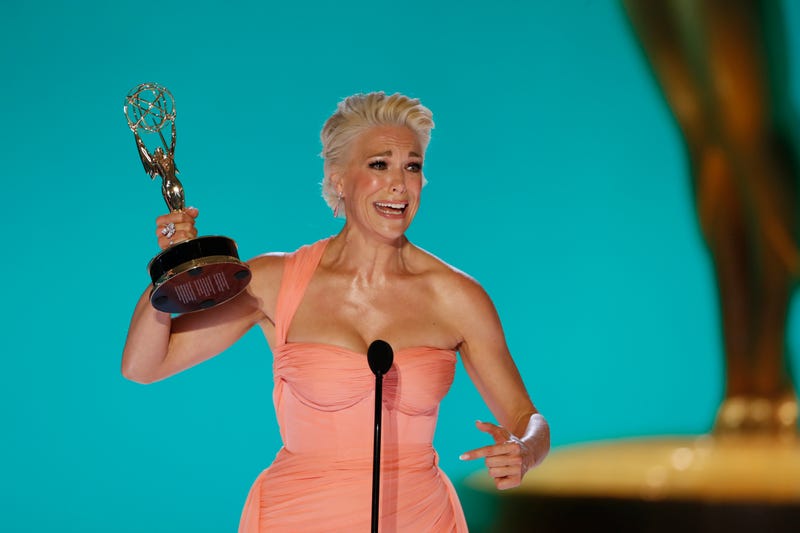 o    This year, Ted Lasso led with 13 nominations and they did not disappoint!

o    Jason Sudeikis won for Best Actor in a Comedy, Hannah Waddingham and Brett Goldstein both won in the Supporting Actress/Actor categories.

o    Jean Smart won for Best Actress in a Comedy for her role on Hacks.

o    On the drama side, Gillian Anderson and Tobias Menzies both won for supporting roles on The Crown.

o    Lead Actor and Actress went to Josh O’Connor and Olivia Coleman for The Crown.

o    And Best Drama went to also went to The Crown.

o    A body discovered Sunday in Wyoming is believed to be 22-year-old Gabrielle “Gabby” Petito, according to authorities.

o    The FBI said the body was found by law enforcement agents who had been searching the vicinity of Spread Creek Dispersed Camping Area in the Bridger-Teton National Forest for two days.

o    Meanwhile, authorities are trying to find her boyfriend, Brian Laundrie, as he has been named a “person of interest.”

o    The cause of her death is not yet known.

o    It’s only September but people are already setting their sights on Halloween!

o    The National Confectioners Association has revealed the top Halloween treats for the season.

o    Many parents and kids skipped Halloween last year due to the pandemic but it looks like they plan to make up for it this year, with 82% of people and 93% of young parents say they’ll be celebrating.

o    The company is selling a ketchup packet ROLLER that gets every last drop of ketchup out of the packet…the item we didn’t even know we needed!