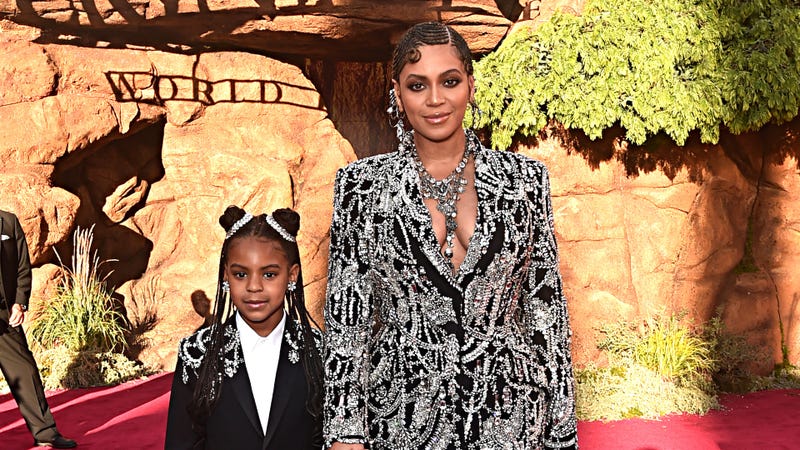 Queen Bey’s long awaited return to the stage was nothing short of amazing following a guest appearance from her first born, Blue Ivy.

Listen to Beyoncé Radio and more on the free Audacy app

Celebrating the reveal of Dubai’s newest, ultra-luxury resort, Atlantis The Royal, Beyoncé was contracted for a “once-in-a-lifetime performance,” which reportedly earned her $24 million this past Saturday.

The hour-long concert included an extensive setlist of some of her famous hits like “Halo,” “Crazy in Love,” and “Drunk in Love” but Beyoncé surprised the crowd when she brought on-stage her 11-year old daughter Blue Ivy to perform “Brown Skin Girl.”

Performing her first GRAMMY-winning song in collaboration with her mother, Blue Ivy received ample applause as she took to the stage in her fire engine red jumpsuit and fit right in with dancers alongside them as she killed the matching choreography.

The exclusive event was invite-only but some notable attendees were Jay-Z and their other children, both of Beyoncé’s parents: Mathew And Tina Knowles, Chloe and Halle Bailey, Nia Long, Letitia Wright and many more!

In true Beyoncé fashion, the elaborate performance began and ended with fireworks and while she didn’t perform any songs from her latest project Renaissance, fans can only hope that she’s saving the debut of Renaissance for a tour in the near future.