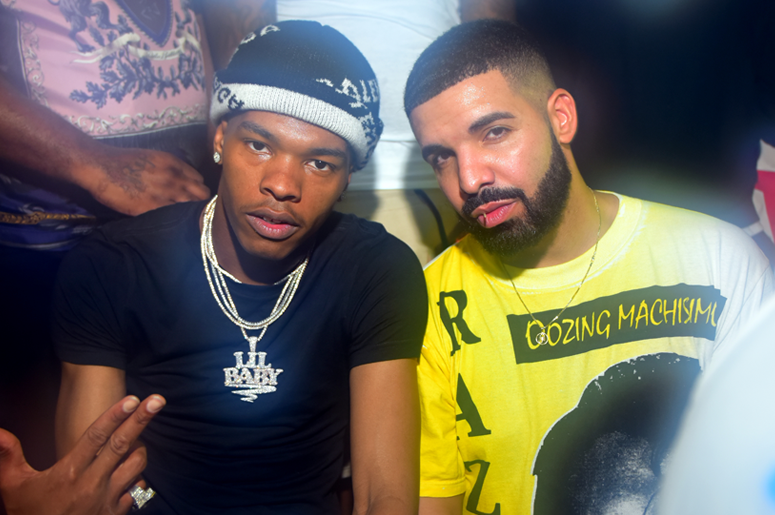 While Lil Baby’s recent interview with Billboard is filled with tons of talk worthy topics. His confession of the inevitable Drake collabs to come is particularly intriguing. Fun fact, one of those sure to be hits was actually recorded in the studio James Harden has in his house.

“Me and Drake got a lot of songs together,” he told the outlet. “It just so happened that one of the songs I recorded was at James [Harden’s] studio. I ain’t delete the songs out the computer so the songs were still there. James probably got the team at the house and they just listening in the studio.”

Even though the song is yet to be released, some lucky few got to hear a sneak peek. Presumably due to a team hang in his studio, Harden’s teammate DeMarcus “Boogie” Cousins tweeted or should we say teased, “this track from baby and drake. it’s over…"

“When I seen Boogie's tweet, I was like, 'Damn. How did he hear this song before?,'” he added with laughter. "I was like, ‘James you got some basketball players in there?’ That's how that came out. I don't even know the song he heard, honestly."

Besides Baby highly regarding Harden as having a “real ear for music,” he credits it as to the reason why “me and him linked on another level,” adding, “he really into music.”

Well, we’re really into music too, so we vote those tracks get release ASAP, or at least the one thats supposedly sure to end it, not sure what, but like DeMarcus said, it’ll be “over." Look, if it’s anything like their first collab and Lil Baby’s breakthrough hit, “Yes Indeed,” then enough with the games, just release it already. Until then, we’ll just be here… waiting.