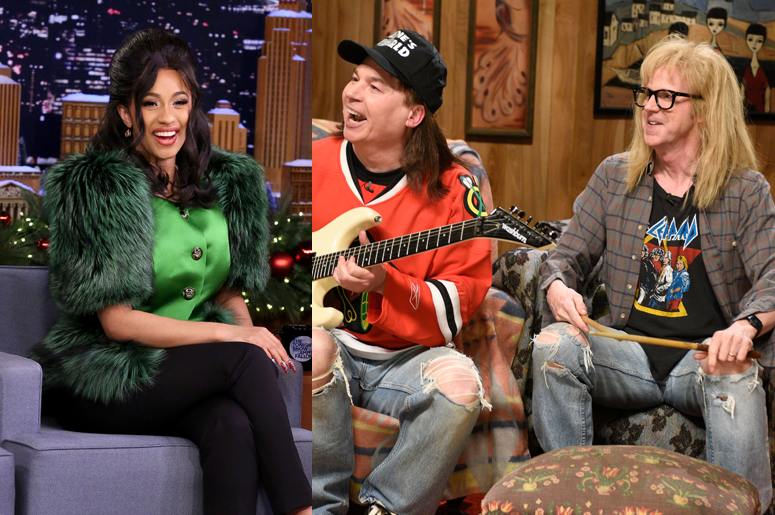 Wayne and Garth are back in the basement, jamming out and encouraging folks to support local restaurants this Super Bowl Sunday, courtesy of Uber Eats.

As the comedic duo insist “we’d never manipulate you like all these other commercials do,”  the subliminal messaging and shameless tactics start almost immediately. From attempting a seductive slo-mo, to holding adorable baby versions of themselves, the “shameless” attempts didn’t stop there.

After claiming “we’d never shamelessly rely on a celebrity cameo," Mike Myers and Dana Carvey's beloved Wayne's World characters pan over to show that Cardi B has joined the party. Decked out in a feathered green robe, filing her nails, Cardi urges viewers to "Yeah! Eat local!"

The three proceed to partake in the TikTok clothes-swapping challenge before they party on by belting an Uber Eats version of the Wayne’s World theme song. “Local eats! Wayne’s World! Yummy Time! Excellent!” The whole thing is unexpected, absurdly funny, and we’re obsessed.

Super Bowl LV is going down this Sunday, February 7. For now, you're gonna want to check out the Uber Eats ad below.