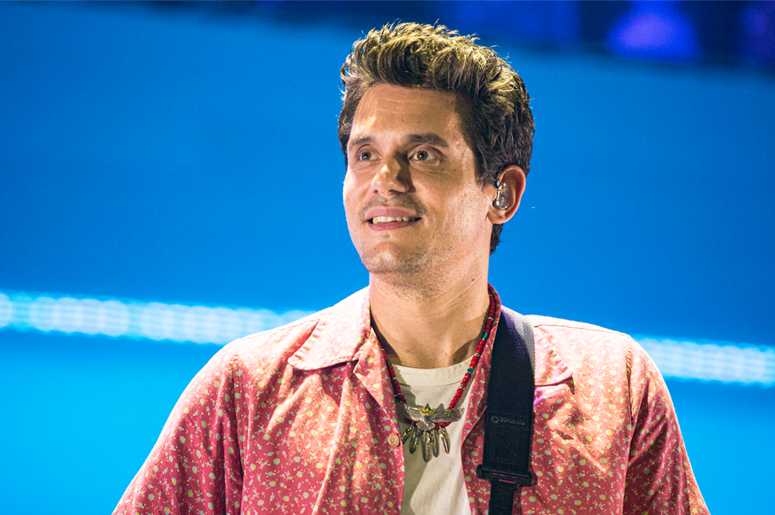 Sooooo, John Mayer joined TikTok, and it went like…

Well umm, not very well. For his first ever post on the app, "How do use tik tok ## how do you use tik tok google.con how to use tik tok.” John went with a video of himself, fumbling to figure out use his camera, “even verbally asking “Can someone tell me how to flip the camera?,” before finally managing to figure it out.

It didn't take long, just a few hours later, the Swifties awoke out of their current Georgia and Ginny hate haze to show the “Say” singer some less than stellar attention. If you just direct your attention to the comments section of said post, you’ll find an abundance of negative feedback, with only one thing on the brain, the support and protection of one Taylor Swift, whom Mayer dated once upon a time. No seriously, it was like so long ago.

In response John followed up with post number two, another video that stayed pretty much on brand for the social media side of John we’ve grown to love on Instagram. In the post, John’s engaged in a one sided conversation of sorts unsuccessfully trying to squeeze in a word of his own, while pretending to listen and nodding his head, which he captioned, “POV: You’re berating me and I’m hearing you out.”

Clearly John never received the memo about that section of TikTok that’s inhabited by youths and youth adjacent (on the higher end of the spectrum) that refuse to let go, especially when it comes to T-Swizzle. We could have given him a heads up.

For those of you who don’t fit into the category of, "yeah we known - but we don’t care," or the, "it’s Taylor, of course we care and that's why we commented on TikTok," which would put you somewhere at, "we actually didn’t even know those two dated." First of all, nice to meet you, we weren’t sure any of you still existed, nevertheless, we’ll gladly clue you in.

John and Taylor dated for a few short months between the years of 2009-2010, at the time Tay Tay was around 19 or 20 years-old and John was in his early thirties. As most Hollywood relationships do, things started off in fairytale land, however it didn’t take long for things to swiftly change. While the relationship was actually never officially confirmed, pap pictures and lyrics say otherwise. Right on schedule and as she should, Taylor’s next album, Speak Now, featured a song called “Dear John,” which details a not so nice account of their time together and what led to their not so happy ending.

Fun fact, many of the comments on John’s TikTok posts are lyrics from that song. Others went with more of an opinionated approach, with one individual writing, "we will never forget what you did to our girl taylor,” and another saying, "this was not the right app to join, john ... #dearjohn." Another user clearly did get the aforementioned memo, writing ,"I knew exactly what was coming when I opened the comments hello swifties.” Like we said, we should have warned him.

John ended his first day of TikTok with a song. In a dimly lit room, while playing the piano John sang, "that was a weird day, that was a weird weird day," and also featured a written message reading, "good night new friends." Weird indeed, yet not enough to scare him away, as he also promised in the caption, "more fun tomorrow." While, to us, the hate seems a bit outdated, we’re also not naïve enough to think it will last much longer, or dumb enough to go up against the Swifties, so we’ll just leave this here and wait until the next cup of tea or trend arrives.