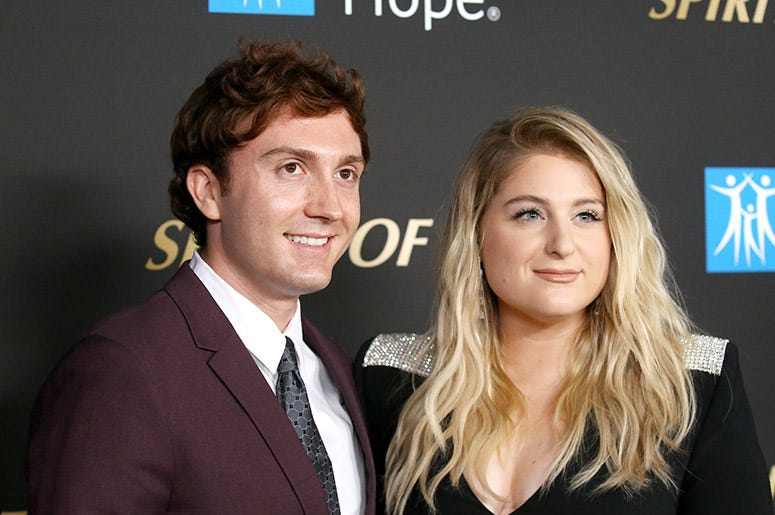 Meghan Trainor apparently does find something wrong with a little bump and grind, but only during her pregnancy.

The “All About That Bass” singer spoke with TODAY about her pregnancy with husband Daryl Sabara, as the couple is expecting a boy. They’re both excited to welcome a new member to the family, but Meghan wishes the baby wasn’t in the bedroom. "Maybe this is weird, but mentally I can't have sex while our son is in between us,” she told TODAY. “All my pregnancy apps say it feels really good. But all I can think about is that there's a little boy in my belly.”

Meghan Trainor reveals why she doesn't like pregnancy sex https://t.co/89eYWVuh8X

It’s been a long and well documented pregnancy journey for the celebrity couple. Just last month, Trainor and Sabara made a special appearance on TODAY and revealed their pregnancy. "We're so excited we couldn't sleep," she told host Hoda Kotb.

"We've been waiting for so long. I was thinking about who do we tell first and I've told Hoda since I was 19, going to the Today show, 'I will have the most babies in the world.'"

She followed that appearance up with a Christmas-themed pregnancy reveal on social media that sent fans into a holiday baby tizzy. “You all know how long I’ve wanted this!!!!😭🥰 @darylsabara and I are so beyond happy and excited to meet this little cutie early next year! WE’RE PREGNANTTTTT!!! 🎁😍🥳” she captioned with a picture of the unborn son.

Trainor also made an appearance on The Kelly Clarkson Show in late October to reveal the baby’s gender.